The interview lasted over an hour and not all of it made the published article. We’ve divided the conversation into several parts that will published on this blog over the next few days.

Alexander said communities across the country have a variety of different ways in which they describe a community group like the one being established by the mayor. Some call them “citizen review boards,” there’s refer to them as “civilian oversights”–“It all depends on what that community needs itself.” 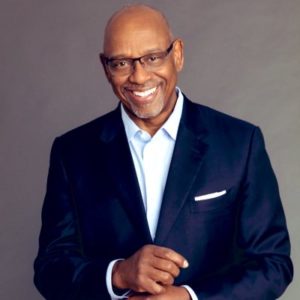 Here, he believes Mayor Robinson wants the comments to a community group.

“This grew out of a recommendation, I think, following the shooting last year, but look where we are a year later,” said Alexander. “It is not just a localized issue around officer-involved shootings, we now have an American and global movement where people are asking for systemic change in law enforcement.”

The definition of police reform means different things in various part of the country. He said, “It’s going to mean one thing in Minneapolis, but it may mean a very different thing in New York City or in Chicago or in Pensacola. So, each community– in some kind of way outside of what our federal legislators are doing right now trying to determine at the federal level— are asking how do you define reform? What does that look like?”

The definition of reform on the state and local levels may be the most impactful,

“I think one of the benefits of the local committee here is going to be having an opportunity to work closely with the law enforcement community,” said Alexander. “And being able to communicate things around law enforcement that will be for the overall benefit of the community and for the agency itself.”

He sees the committee, by working closely with a city government and dealing around specific topics like law enforcement, can come up with a myriad of ideas as to how to enhance public safety or enhance policing or law enforcement – “not just as a committee, because that committee is going to get information from the communities in which they represent.”

“Those ideas will get processed and in the end there may be some ideas that, through a recommendation to the mayor, and the mayor can either approve them or if it’s something that requires more legislature, of course he would need to socialize that with the council,” explained Alexander. “I think it’s an opportunity for community voices to be heard in a very coordinated type of way.”

He added the committee should be an on-going group that will continue to offer ideas and recommendations.

Alexander has been provided implicit/explicit bias training for PPD.

“I’ve still got one or two classes let to do, but that got cut short because of COVID,” he told Inweekly. “The receptiveness of the classes was really great. And I know police officers and sometimes they can be a little guarded, particularly around people that they don’t know, but I think that me having been a police officer, me having been a chief, it kind of makes it easier to connect if you will.”

He continued, “It makes a difference when people have a sense that you kind of understand their culture and their environment and that kind of thing. Those guys have been great. In addition to that, I really felt that at the end of each session that they truly walked away feeling like they learned something of value, that they could utilize, that they could take with them.”

“The bigger question is not so much ‘does it exist? But ‘how do we deal with these ‘isms’ in our place of work?’ How do we address them?”

He continued, “The bigger question is not so much ‘does it exist? But ‘how do we deal with these ‘isms’ in our place of work?’ How do we address them? This is what you see people are saying in these protests everyday, people are saying that there is systemic racism that exists within the criminal justice system, that exist within law enforcement, that exists in every institution across this country.”

Alexander believes the killing of George Floyd was that catalyst that set “everything off for us to now say enough is enough.”

He said dealing with systematic racism in law enforcement begins with at the top with leadership.

“It starts with a philosophy,” said Alexander. It starts with an idea that as law enforcement professionals we will treat everyone equally under this U.S. Constitution.”

The purpose of the purpose of bias training is to allow ourselves to become more knowledgable of the fact that we have these biases.

“If we acknowledge that we have them then we can identify them and we can begin to work on our own stuff,” he said. “But in addition to that, every man, woman or child that I come into contact with as a public safety official, I owe them the right under the U.S. Constitution to make sure that in my interaction as a law enforcement person, that I treat them equally under the law, period.”

Alexander continued, “That becomes your guiding principal, that becomes your North Star, if you will. And that keeps us right where we’re suppose to be. But that’s a piece of it.”

“Are we recruiting people that want to be guardians and not warriors?”

The second part of it is how the police force recruits.

“You have to already come with that. Either you learned it at home, in your community, in your foster environment, wherever you come from. I can teach you all the other things around how to protect yourself, how to protect the public, how to do a traffic stop, how to make an arrest, bada bing bada bang, but I cannot teach you those fundamental basics of humanity.”

He talked about what was seen on the video of Officer Chauvin kneeling on the neck of George Floyd.

“What you saw on May 25 with Chauvin and his three partners was an absence of morality, you saw an absence of compassion, you saw an absence of respecting human life,” he said. “Even when you have, in broad daylight, on camera, in which citizens that you serve begged you ‘let the man breathe,’ that is also indicative of what we saw on that street, is to me suspicious of what must be going on in that larger system in which they work.”

“Because how do you sustain that type of personality, that type of behavior in a larger system? How is that sustained? Because that behavior has been demonstrated before, other people in that system, inside that department, have seen it in some form or fashion, either in attitude, in verbiage, whatever, right?”

He continued, “How does a guy like Chauvin, an 18-year, 19-year veteran, who steps on a guy’s neck until he can’t breathe — that says something else is going on there.”

Alexander conceded that leadership can’t “catch every bigot, every racist, every sexist, every homophobic, every xenophobic that comes onto you job.”

“But here’s what you’ve got to be able to do inside that environment: it’s an environment that won’t sustain my xenophobic attitude, because if I say something and do something and that pattern of behavior is being noticed by supervisor and colleagues that I work along, I’m gonna get called on it. And if I get called on it, what am I going to do? I’m going to self-correct or I’m gonna do what? I’m out, whether I leave on my own or I’m put out.”

The police department must have a healthy environment that does not allow for “police officers to go off on their own way.”

“When you hear people talk about the Blue Code of Silence, there’s no secret clandestine operation that is going on, it’s no different than any other job where people work together and they get to know each other. People have a tendency to bond and to form friendships and alliances.”

“Police work is not different, they’re out on the street together, they protect each other, they protect the public,” said Alexander. “But what you want in a healthy department is a department where if you and I are partners and you see me do something wrong to her [nodding towards City PIO Kaycee Lagrade who sat in on the interview], if I hit her or push her or throw a driver license at her, you’ve got to be able to tell me, ‘hey, Alexander, no, that’s wrong.’”