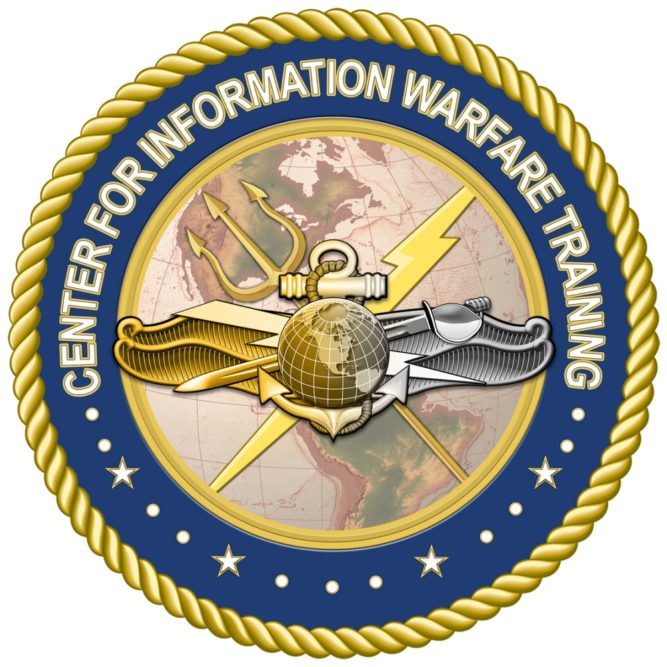 In early 2016, Deputy Chief of Naval Operations for Information Warfare and Director of Naval Intelligence Vice Adm. Ted Branch replaced the term “information dominance” with “information warfare.” This also resulted in Naval Information Dominance Forces, which identifies the requirements for the IW communityâ€™s training, also changing name to Naval Information Forces, to be consistent with naming conventions for other type commanders.

The evolution in terminology and command names is in response to Chief of Naval Operations Adm. John Richardson’s Jan. 5 release of ‘A Design for Maintaining Maritime Superiority.’ The document emphasizes “information IN warfare” and “information AS warfare” and demands the delivery of information warfare as a critical capability of the Navy’s mission sets.

With headquarters at Naval Air Station Pensacola Corry Station, Florida, CIWT continues to train the IW community at 18 locations in the continental United States, Hawaii and Japan, as a learning center reporting to Naval Education and Training Command.

â€œWe have come a long way from when the first class of communications technicians, later called cryptologic technicians, began training at Naval Communications Training Center at Corry Field in Pensacola in 1961,â€ said Lintz. â€œEventually that command developed into what was most recently called CID, following a history of several schoolhouses, including information technology and intelligence, merging together.â€

â€œOur largest locations at Corry Station, Virginia Beach, San Diego and Monterey continue to be full commands in their own right, led by senior IW community officers,â€ said Lintz. â€œEach of these commands is now called Information Warfare Training Command (IWTC), and each has very unique and distinctive histories of their own.â€

IWTC San Diego and IWTC Virginia Beach both originated as intelligence training centers, and IWTC Corry Station will always be thought of by the cryptologic community as the â€œcradle of cryptology.â€

â€œThose three locations have broadened the scope of what they offer to the IW community, branching out beyond their original charters and making the training for all of the IW community more accessible when and where our Sailors and joint service customers need it,â€ said Lintz.

The additional 14 CIWT detachments and learning sites at Navy, Army and Air Force installations and commands in the United States and Japan likewise provide targeted training opportunities to meet the demands of the fleet, as well as the other military services and the national security establishment.

â€œIâ€™m so proud of the entire team of staff and instructors throughout our CIWT enterprise,â€ said Lintz. â€œOur direction from the Chief of Naval Operations is clear, to deliver high velocity learning at every level and to further ingrain information warfare. The future of CIWT is bright, and weâ€™re only going to continue to adapt and evolve as we prepare our students, the IW communityâ€™s professionals, to meet the mission.â€