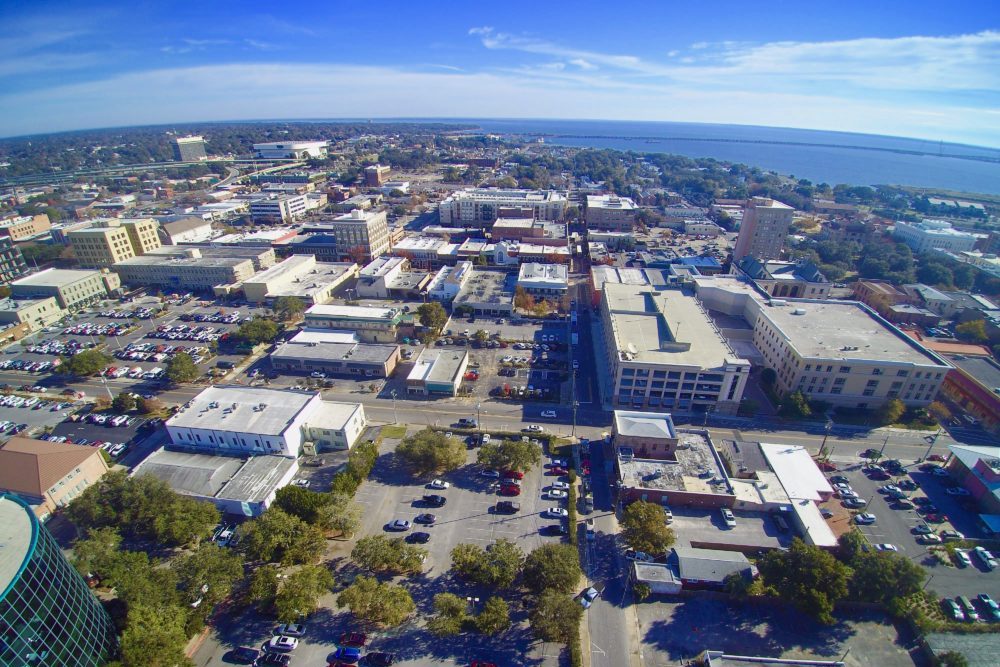 The Pensacola Charter Review Commission waded into the city’s charter last week, carving out some territory they intend to focus on at a matter-of-fact pace. With a few groundwork meetings behind them, this was the commission’s first into-the-weeds foray, and they wasted no time tackling some meaty terrain.

One of the most substantial discussions during the charter review commission’s April 6 meeting concerned the term limits of the city’s mayor. Currently, the mayor may serve three consecutive four-year terms, and members appear to be leaning toward curtailing this.

“The current mayor has said publicly and before this commission that he thought two terms were enough,” said Antonio Bruni.

Bruni provided other commission members with a copy of the charter, including potential revisions, deletions, and additions curated from other municipal charters and other sources, such as Mayor Grover Robinson’s suggestion regarding term limits.

Former Pensacola mayor and commission member Mike Wiggins said he supported limiting a mayor’s run. He recounted a recent radio interview where he was asked why the city wouldn’t want to emulate Charleston, South Carolina, where the city’s mayor served for decades: “I said, ‘I don’t really think that’s what we’re looking for here in Pensacola.”

In addition to limiting the number of terms a mayor may serve, members also discussed removing the word ‘consecutive’ from this charter provision, thus capping a mayor’s service at two years. This would mean an individual couldn’t serve additional terms following a period out of office.

“Do we want to prevent that in the charter?” asked Chairman Samuel Horton, suggesting a scenario in which a returning mayor seeks another term.

Ultimately, members decided to seek additional information before making a final decision on this issue.

Another notable topic of discussion included the potential for a recurring utility feasibility study. Citing such provisions in other municipal charters, such as the city of Hialeah’s charter, Bruni suggested that it might be prudent to build such an automatic assessment into the city’s charter.

“It’s not something that this is the first time anyone’s ever thought of this; it happens in other charters; they make this consideration,” Bruni said.

Pointing to recent discussions amongst members of the Pensacola City Council concerning conducting a feasibility study to explore to the potential for establishing a municipal utility, Bruni contended that the city would be better served if such a study were a given.

“The reason I wanted it here was to take the politics out of it,” he said, pointing to the sometimes contentious conversations surrounding the subject as of late.

Wiggins disagreed, saying he was “a little concerned” about mandating such a thing.

“I just question — and, please, I need some help on whether that should be included in the charter,” he said.

Though the commission decided to postpone a decision on this front as well, Chairman Horton did indicate he was supportive.

Another item of discussion regarded making the mayor a member of the city council. This would have the effect of disallowing the mayor from talking to city council members about city business outside the confines of a public meeting due to the state’s Sunshine law, which requires an elected body to hold discussions publicly.

No one on the review commission seem to think that it was a good idea to place the mayor on city council.

“This is an idea that we should not even consider,” Wiggins said.

Prior to getting down to business reviewing the charter during the April 6 meeting, Chairman Horton made comments referencing a recent Sunshine slip-up. He said he

“I was contacted just before this meeting came, by a commission member, saying she could not be here and saying that she wanted some things considered by the committee,” Horton told members. “Well, I didn’t take the call.”

The chairman said he sent a message to the member reminding her that he couldn’t discuss commission business outside of a meeting. Though he did not mention the member by name, Vice Chair Clorissti Shoemo — absent for the meeting — appears to be the only female sitting on the charter review commission.

“We may think the law is too burdensome, but whatever we may think about it, that’s the law that we have to abide by,” Horton said.