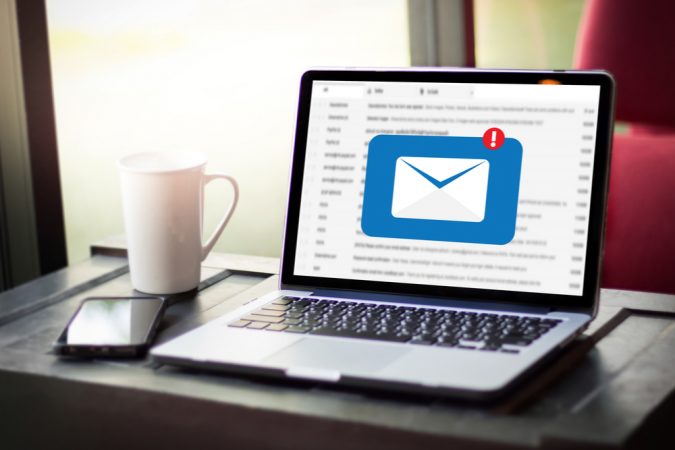 Give me a ticket for an aeroplane
I ain’t got time to take no fast train
Oh, the lonely days are gone
I’ll be right home
My baby she wrote me a letter
–Joe Cocker

Last Thursday, Escambia County Clerk Pam Childers pronounced at the Board of County Commissioners meeting, “The state has determined it is illegal to have a 401(a) for elected officials. They emailed me yesterday.”

As I suspected, Childers received no such email on Wednesday, July 21 – other than an email sent to her attorney that a form had been changed at her request. So what does the clerk do?

She creates an email on Monday, July 26 to herself that yet again changes her story about the circumstances surrounding the 401(a).

In the email, Childers admits that she never got a call back from the Department of Management Services (“DMS”), Division of Retirement. However, on Thursday, July 22 after the BCC meeting, she claimed in an email to County Attorney Alison Rogers: “My communication was all verbal.”

Childers alleges the elimination of an option for elected officials to opt-out on the FRS enrollment form somehow meant the state had determined not to allow it. However, there is no attached email from the state saying 401(a) isn’t allowed or illegal.

Then Childers comes up with an entirely new narrative. After nearly two months of her commenting in the media and BCC meetings, she wrote the 401(a) plan – which has been in existence for over two decades – isn’t a local annuity.

In June, Childers and her attorney claimed the county should have backed out of the Unfunded Actuarial Liability (UAL) component of the Florida Retirement System rates to determine the rate used for 401(a) plan for the commissioners. She later made the deduction in her check to the 401(a) vendor, ICMA.

In the email, Childers writes Childers that Childers verbally communicated her new argument to the county attorney on July 2 – but the clerk never mentioned it in the BCC meetings. Again, there is nothing from the state confirming her new conclusion about the program.

One of the most amazing shifts in Childers’ tale appears at the end of her history: “I started my research on elected official’s participation in the ICMA- 401a on or around June 2021.”

Childers told both PNJ reporter Jim Little and me that she began investigating the 401 (a) a year ago, not last month.

From Rick’s Blog, “Childers finds retirement contribution excessive,” 6/15/21:
“Although she and her staff have been researching the 401(a) rates for a year, Childers said she had not mentioned her concerns to the commissioners about 401(a) but did tell County Administrator Janice Gilley – but gave her no specific details. The Comptroller waited until the June 3 meeting because she wasn’t sure what would be discussed.”

From PNJ, “Escambia County comptroller mandates rate cut for controversial county retirement program,” 6/15/21: “For her part, Childers said she began looking into the issue last year after more senior-level employees began enrolling in the 401(a) plan.”

The commissioners have received no notification from the FRS about their elections.

The ICMA plan may not qualify as a local annuity, but the BCC and public need more than an email from the clerk to determine its legality.

The melodrama and grandstanding aren’t necessary.

I, Pam Childers, elected Clerk & Comptroller for Escambia County, called the Department of Management Services (“DMS”), Division of Retirement – FRS, on June 8, 2021 and June 16, 2021. I was re-routed many times and ultimately left messages for a Mr. Gary Green regarding Elected Officers’ participation in a “local annuity,” “ICMA-401a,” and conformity with the Florida Statutes. I never received a call back.

I then asked my General Counsel, Codey Leigh, to communicate with DMS, Division of Retirement, to address our concerns. In response to our communication with DMS and the State Board of Administration, Mr. Leigh received an email on Tuesday, July 20, 2021 indicating that modification to the Elected Officers’ Class Retirement Plan Enrollment form would address our concerns. The revision eliminated the option to “withdraw from the FRS to participate in a local annuity plan.”

Commissioner Barry, Bender, and May each made the selection to withdraw from the FRS and participate in a “local annuity.” However, despite this selection the County’s retirement contributions are not funding a local annuity. Escambia County’s ICMA Money Purchase Plan and Trust is not an annuity despite the fact that it continues to be represented as such by the County Attorney. It was communicated to County Attorney Alison Rogers during a meeting held on July 2, 2021 that ICMA is not an annuity, but is a contribution investment account. The illegality of the County’s ICMA-401a retirement program as it relates to elected officer’s participation was validated upon the State’s amendment to its form.

Compensation of county commissioners, as elected officials, must be set by the Florida Legislature. It is now clear that there is no specific statutory authority to support the County’s contribution to a Commissioner’s ICMA-401a investment account.

It is my opinion that Commissioners Barry, Bender, and May must cease participation in the County’s ICMA-401a investment plan and opt back into the Florida Retirement System.

History
In January 2021, the County Attorney, Alison Rogers, canvased constitutionals regarding the number of Senior Management Service Class employees in each of our offices. The Clerk’s General Counsel, Codey Leigh, was contacted and responded January 11, 2021.

On July 2, 2021 the County Attorney informed me, in a sit down meeting, that the “settlement” topic was dead. I suggested she cancel the legal opinion that she was seeking from outside counsel regarding the topic. She responded that her Board wishes to have the opinion. I have requested the written opinion which she states will not be provided as it is attorney work product.

I started my research on elected official’s participation in the ICMA- 401a on or around June 2021. Emails with the State, through Codey Leigh, are attached. To my knowledge, these are the only communications with the State and my office.

Larsen leave its with: “Thanks, Codey. I’ve discussed this with the other Deputy General Counsel, Rebekah, and we’ll be looking into this and following-up with you. I’ve copied her on this email so that you have her contact information as well.”

Email from Nikita Parker, Assistant General Counsel Office of the General Counsel,
Florida Department of Management Services, dated July 1: “This is a follow up to our phone conversation. Form EOC-1 is an SBA form, that is incorporated by rule. I am not sure of the right person at SBA, but one of the Asst. General Counsels is Ruth Smith, her phone # is 850-413-1182 and her email is Ruth.Smith@sbafla.com. I am still working with the Division of Retirement to respond to your other question regarding the FRS contribution chart and should have a response soon.”

Email exchange between Leigh, Parker and Larson in which clerk’s argues whether the 401(a) qualifies, dated July 6.

Parker responds: “Thank you, I will forward this information to the Division Retirement. Once the Division’s review is final, I will provide an update. Thanks for your patience in this matter.”

Email from Parker to Leigh, dated July 15: “I wanted to provide a follow up to our phone conversation from earlier this week. Your question is still under review by the Division of Retirement and a conference call cannot be scheduled at this time. My apologies for any inconvenience and I will provide an update once the Division’s review is complete.”

“After speaking with the Division of Retirement, I was advised that the State Board of Administration (SBA) has made modifications to the EOC-1 form and this should address your concerns. The updated form is available eoc-1.pdf (myfrs.com). If you have any questions regarding this, you should contact Dan Beard (SBA) at 850-413-1495.

If you would still like a conference call to discuss, please provide some dates that you are available and I will verify those dates with the Division of Retirement.”

It looks like the state made changes that Childers requested but nothing saying the 401(a) is illegal or the ICMA plan doesn’t qualify as a local annuity. See EOC Form Rev 072021.

More conference calls are needed, according to the July 21 email exchange.

4 thoughts on “Childers has no email, so she creates one to herself”