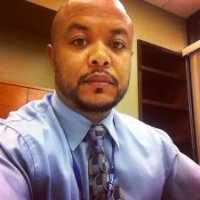 City COO Tamara Fountain announced this afternoon that Vernon Stewart has been hired as the city’s public information officer.

In her email introduction, Fountain said, “Vernon is a veteran of the United States Marine Corps. He holds a bachelor’s degree in Communications Arts from the University of West Florida and is currently a candidate for a master’s degree in Public Administration. In addition to his military service, Stewart has also served with the Florida Department of Children and Families.”

With DCF, he was a Child Protective Investigator at the Gulf Coast Kids’ House from 13 months (July 2009–July 2010). He did a one-year stint with the Greater Pensacola Chamber (August 2007–August 2008). His most recent job was a Long Term Care Case Manager for Sunshine Health.

Stewart will become the primary contact for media inquiries, interview requests, and other press issues.