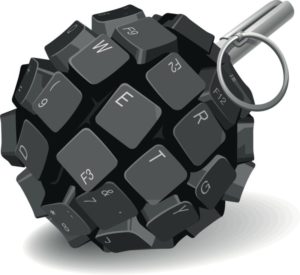 A Tallahassee theater on a holiday weekend is a lonely place, especially if the film is ‘The Hunting Ground,’ a documentary examination of sexual assault on college campuses.

Frat boys and football players raping young women and young men is not a popular topic in a town where the money-making machinery revolves around Greeks and jocks. If adults talk about it at all, it’s to tut-tut about the binge drinking and the hook-up culture, as if adults hadn’t been the ones profiting from peddling both to the Millennials since they were born.

Campus sexual assault is not a new problem. In the 20th century, universities stopped acting in loco parentis and a lot of Baby Boomers were violated by people they had thought of as friends. Some never spoke of it until years later, and others will carry the stories to their graves.

The Millennials we meet in The Hunting Ground are, thankfully, different.

Consider Andrea Pino. The daughter of a Cuban immigrant, Pino went to high school in Miami. She was class valedictorian and a virgin when she arrived at her dream college, the University of North Carolina.

She looks straight into the camera and recalls the weekend before freshman classes began. She was slow dancing with a “nice boy, a good dancer” she met at a nightclub.

Then, “he pulled me into the bathroom … slammed my head on the tile … why was no one coming? Why am I not screaming? … When you’re scared and you don’t know what’s happening to you, you just hope you won’t die …”

It wouldn’t be that hard to do. Less than 8 percent of male students commit 90 percent of the rapes. Practice makes perfect, and predators know that the deck is stacked in their favor.

The Hunting Ground is packed with statistics and on-the-record interviews illustrating the ways in which university administrators and faculty are incentivized to silence victims and enable predators. The brave young women and men working to reverse those incentives are aided by Lady Gaga and Diane Warren who contributed “Till It Happens to You” to the film’s soundtrack. The song isn’t very subtle, nor should it be. The time for subtlety is over.