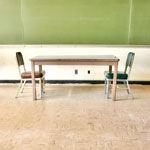 The mother of the 14-year-old girl who was sexually assaulted last month in a reading class at Tate High School called me Sunday night. She talked about how she was lied to by the school administration and how disrespectfully Principal Richard Shackle and Superintendent Malcolm Thomas treated her when tried to find out more about happened, protect her daughter and seek counseling for her child.

The facts are well known. On Tuesday, March 1, a 16-year-old freshman forced the girl to perform oral sex on him in a classroom while his buddies blocked the teacher for seeing what was happening. The assault would have gone unreported had not another student told his mother about it.

The school conducted its own investigation. They and the School District determined no crime had been committed because the school officials believed it was consensual. Both the assailant and the victim were suspended—even though Florida law states it’s a crime for 16 year old to have sex with a 14 year old, consensual or not.

School officials claimed that the School Resource Officer Bobby Small was fully informed of the investigation. Sheriff David Morgan has said his deputy only had a passing conversation about a possible offense. Superintendent Thomas had the district review the events and found Tate blameless in how it handled the office.

When the Escambia County Sheriff’s Office did its investigation, the assailant was arrested for felony sexual battery and indecent exposure. On April 11, he pleaded no contest and was given probation.

What isn’t well known is how Tate High School officials and the School District treated the victim and her mother.

The mother says that Tate Dean David Venettozzi called her on Wednesday, March 2 to tell her that her daughter was in trouble. Her daughter told her what had happened and that she had been forced to do it.

When the mother met Venettozzi the next morning, the dean told her that her daughter was suspended and that they would hold a hearing to expel her from school. She protested telling Venettozzi that her daughter had been forced, but the dean said all the witnesses had said she had not. (The mother didn’t know that there had been one student who had told the school officials otherwise.)

Later the mother learned from her daughter that the assailant had been the first one pulled out of class and interviewed about the incident. He immediately went to the victim and told to say nothing happened.

He said, according to the mother, “Snitches end up in ditches or with stitches.”

Afraid–the girl first told Tate officials that nothing happened, but later said she was forced.

On Friday, Sheriff David Morgan got wind of the assault after the witness’ mother called the ECSO. The victim’s mother told SRO Small that she wanted to press charges.

On Monday, March 7, she called Superintendent Thomas and left a message with her name and why she wanted to speak with him. Thomas never returned her call. The mother called again the following week. This time the superintendent returned the call, but when he did, Thomas was abrupt telling the mother that she only had two minutes.

“He blew me off,” said the mother. “I couldn’t believe it. I was in shock because it wasn’t like I was harassing him or anything.”

When the ECSO began its investigation and looked like there might be an arrest, the mother called Tate Principal Shackle to see if her daughter could back come to school. The principal told that the investigation hadn’t found anything that proved the girl had been forced.

“He told me that until they did, my daughter would stay suspended,” the mother told me. By then, the mother had spoken with the witness’s mother and knew the principal had been told by at least one student that the sex act was forced. “When I asked if any parent had called him saying it was forced, he told me no.”

She said she asked the principal for counseling for her daughter and that was refused. The mother tried to call Carolyn Spooner, who is in charge of high schools for the district, and she never returned the call.

I asked her if she was happy about the plea agreement that her daughter’s attacker made. She said that she didn’t want to put her daughter through a trial. “She’s not coping too well with it,” said the mother. “She breaks down when she’s left alone.”

For more on the incident, read Sex and the School District.