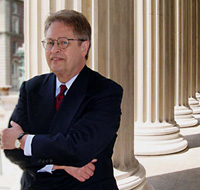 PNJ reports MPDP VP Scott Davison gave it a letter from Michael Buckley of Halcyon, LTD that Davison says gave him permission to include Buckley on the Land Capital development team.

According to the PNJ, the letter from Buckley says:
“Halcyon LTD is prepared to assist Land Capital as advisors for a mixed-use project in Pensacola.”

1. Saying you will “assist” as an advisor doesn’t mean you are a development partner or that you have agreed to be the “Sr. Development Strategist.”

2. The letter Davison provided the PNJ is dated June 17, 2007. Davison presented his proposal with Buckley’s name on it in April 2007. Here is the technical review memo dated April 13, 2007 that lists Buckley. Check out the Letter of Interest from Land Capital’s RFQ response–it talks about Buckley, too, (page 2) and it is dated April 4,2007.

3. Buckley was clear in my phone conversation with him that Davison never contacted him after the visit. Shouldn’t have Davison told him that he was the “Sr. Development Strategist”?

3. PNJ writes the June 17, 2007 letter was received by Davison prior to Buckley’s visit. My notes show that visit was in February or March 2007–but PNJ should follow up on this.

4. Was the June 17 letter merely a cover letter Buckley sent with an invoice for his travel expenses that Davison never paid?

—–Either PNJ reporter Jamie Page misread the date on the letter Davison gave him or the master developer is misstating the facts. I will go with Buckley’s version…he has no reason to lie.

Who is Michael Buckley?

As President of Halcyon Ltd, a Development Advisory firm, Michael Buckley has an international reputation for Mixed-Use Retail and Strategic Planning for under-utilized sites such as Washington’s SE Federal Center, Moscow’s Manezhnaya shopping complex, Puerto Rico’s San Juan Harbor and the new Knowledge Corridor, and the revitalization of Coney Island. Buckley is currently advisor on a mixed-use complex in Quindao China, for a destination themed Hotel fronting San Juan harbor, and for a new Science City targeted to Bio-Science in Puerto Rico. Buckley has also advised on disposition strategies for Fortune 50 Corporations such as Citibank, AT&T, PPG Industries, Mead Corp, Pitney Bowes, and for international Pension Funds such as KLM, Phillips and Hexalon. Prof. Buckley sits on the Board of Interlink, a Caribbean developer of Residential Resorts and Hotels.

A Former ULI Trustee and Chairman of ULI’s Urban Mixed-Use Council, Prof Buckley ran the ULI Program Committee, responsible for all sessions at the bi-annual ULI Conferences. He is a member, and former chairman, of the Real Estate Roundtable’s Research Group. Prof. Buckley is a frequent speaker on Trends for the AIA, APA, NAREIM, ULI, and the ICSC in the USA, MIPIM in France, SAPOA South Africa, Immotour in Spain, ULI Global Conferences in Paris and Barcelona, E&Y in Australia, for Columbia MSRED Program in Berlin and Frankfurt, for CODI in Costa Rica, and for BOMA in New Zealand. He holds BA and BSc Degrees from Rice University, and a Masters Degree in Advanced Studies from MIT. He is Past President of the Connecticut Society of Architects and Author of numerous articles on Retail Mixed-Use and Urban Revitalization. He was chosen as a Fellow of the American Institute of Architects, and was recently named Fellow, the Royal Institute of Chartered Surveyors.

To catch up on all the facts, read Hoodwinked?. Links to all the pertinent documents are at the end of the article.