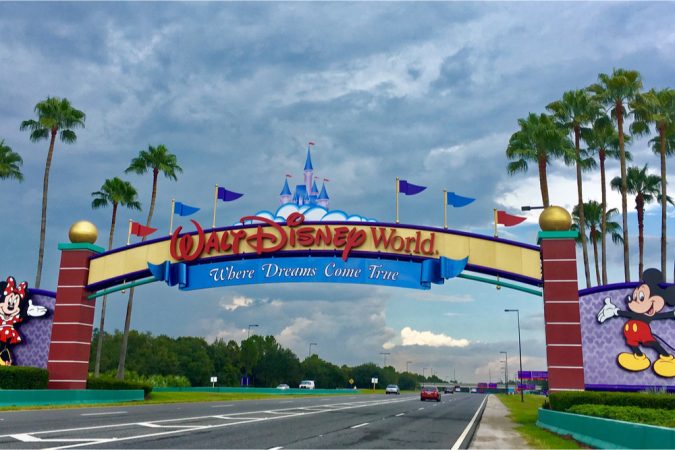 Gov. Ron DeSantis modified his call for a special session today so that it will also include a discussion of eliminating the Reedy Creek Improvement District that governs much of Walt Disney World.

The Florida Legislature had created an exemption for Disney from its Big Tech law that allowed people to sue social media companies such as Facebook or Twitter if they are censored. DeSantis wants to open the largest tourist attraction in the state to civil lawsuits over its position on LGBTQ rights.

The announcement was made at a press conference at The Villages, which has made up of 17 special districts. The Florida Legislature won’t be reviewing them since they were created after 1968.

The News Service of Florida has more on the decision and presser:

Session Expanded to Target Disney
By Jim Saunders, The News Service of Florida

TALLAHASSEE — Ratcheting up a fight with Walt Disney Co., Gov. Ron DeSantis on Tuesday expanded a special legislative session to consider eliminating a decades-old governing district set up for Disney World and nearby properties.

DeSantis made the announcement during an appearance in The Villages, as lawmakers prepared to start a special session Tuesday on a congressional redistricting plan. The announcement came after weeks of battling between Republican leaders and Disney over a new law that restricts instruction about gender identity and sexual orientation in schools — a measure that critics call the “don’t say gay” bill.

The potential dissolution of the Reedy Creek Improvement District could have far-reaching impacts. The district was created in 1967 and covers 25,000 acres in Orange and Osceola counties, according to its website. It oversees issues such as land use and traditional functions of local government such as fire protection and water and wastewater service. A five-member board, elected by landowners, runs the district.

“Through the creation and effective operation of the district, Walt Disney was able to turn 38.5 square miles of remote and largely uninhabited pasture and swamp land into a world-class tourist destination that welcomes millions of visitors every year,” the website said

The legislation would dissolve special districts that were created before November 1968 and have not been reapproved in state law. A state Constitution was ratified in November 1968.

The districts would be dissolved on June 1, 2023, though the proposal says they could be “reestablished.”

The proposal is clearly targeted at Disney, after the company opposed the education law about instruction on gender identity and sexual orientation.

“Disney is a guest in Florida. Today we remind them,” House bill sponsor Randy Fine, R-Brevard County, wrote in a Twitter post after DeSantis’ announcement. “@GovRonDeSantis just expanded the Special Session so I could file HB3C which eliminates Reedy Creek Improvement District, a 50 yr-old special statute that makes Disney to exempt from laws faced by regular Floridians.”

“His real purpose is to punish Disney for having the nerve to stand up and say, “Don’t say gay is wrong,’” Thompson said.

She also said eliminating the special district could increase costs for residents for local services, such as fire and water.

“This does not enhance the situation in terms of taxes that Floridians would have to pay,” Thompson said.

While the proposal is targeted at Disney, David Ramba, executive director of the Florida Association of Special Districts, expressed concern about the other districts that would be affected.

“We understand the target, but we’re concerned about the potential impacts on the other four districts that are currently operating in Florida with no operational issues of any concern to the Legislature,” Ramba said.

DeSantis on March 28 signed the education measure (HB 1557), which will prohibit instruction on sexual orientation and gender identity in kindergarten through third-grade. For older grades, the bill will prohibit such instruction that “is not age-appropriate or developmentally appropriate” in accordance with state academic standards.

Republican supporters said the bill will bolster parental rights. But the measure drew widespread protests and arguments that it will remove teachers as a lifeline for vulnerable LGBTQ youths and have a chilling effect on educators’ ability to talk about sensitive topics with students. The law has been challenged in federal court.