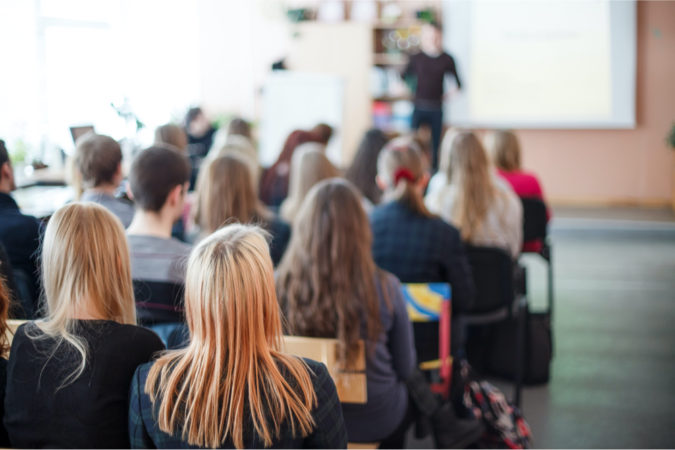 DeSantis has for weeks pushed ahead with a goal of vaccinating as many seniors as possible. He said Tuesday during a news conference in Hialeah that newly announced Federal Emergency Management Agency-supported sites in Jacksonville, Miami, Orlando and Tampa, will offer vaccinations to people ages 65 and older.

But DeSantis added he will use a portion of the “tens of thousands” of extra vaccine doses the FEMA sites bring to the state to vaccinate teachers and law enforcement officers.

“If we truly are trying to make sure we keep everyone safe and protect the learning environment, it just makes good sense to make sure everyone who works in our schools has access to the vaccination,” Spar said. “Our educators have been on the front line, fighting to make sure kids are getting the education they deserve. It doesn’t make sense for the governor to continue to ignore what the medical field is saying and what science is saying.”

The federal government has given approval to vaccines produced by Moderna and Pfizer to prevent the spread of the virus. Both vaccines require two doses. Federal officials on Friday will review an emergency use authorization request by Johnson & Johnson for its vaccine candidate. If approved, the Johnson & Johnson vaccine would only require one dose.

DeSantis, though, ignored the second round of recommendations and issued an executive order in December directing that vaccine doses be given to staff members and residents of long-term care centers, people ages 65 and older and people who hospitals deemed were high risk.

State-collected vaccination data indicates that DeSantis’s edict is being followed. Nearly 76 percent of the almost 2.7 million people who have been vaccinated through Sunday were 65 or older, according to state data.

DeSantis said his administration has been preparing to get the vaccines to law enforcement officers who are 50 or older and has contacted local police departments and sheriff’s offices.

“They are getting us information about how many folks they have that are sworn law enforcement officers that are 50-plus. Then, of that, how many want it?” DeSantis said. “Our goal is to be able to get that, as more vaccine becomes available.”

Florida Police Benevolent Association President John Kazanjian said the new policy is a good start but that more needs to be done.

“Over here in Palm Beach County, I’ve lost four deputies under 50 years old.” Kazanjian told The News Service of Florida. “Maybe 20 percent of our membership are 50 and over. The other 80 percent are under 50 years of age, and we need to get the needles in their arms.”

When the Biden administration first floated the idea of opening FEMA sites in Florida, DeSantis was critical and said the federal government didn’t need to interfere with the state’s vaccination efforts. But DeSantis has reversed his position, noting that the addition of the FEMA sites means additional vaccine doses.

“We are very happy that we are going to have some federally supported sites,” DeSantis said in Hialeah. “We have to basically manage it at the state level, but they are going to put in additional doses, above and beyond the state’s allotment. These are tens of thousands of doses in a given week, so we are excited about that.”

1 thought on “DeSantis expands vaccines to older teachers and cops”