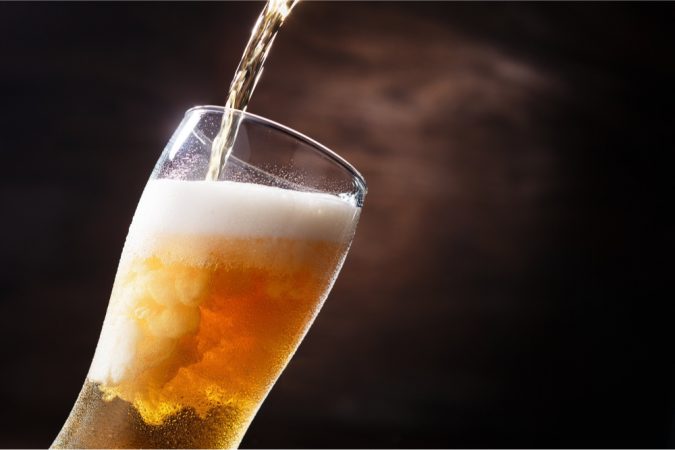 TALLAHASSEE — Gov. Ron DeSantis said he hopes to give Floridians the “ability to have some enjoyment in their life” by soon lifting on-site drinking restrictions imposed on bars and craft breweries since late June.

The restrictions were put in place due to widespread non-compliance with coronavirus safety guidelines. But DeSantis said Thursday after nearly six months of Floridians living amid the pandemic, “I know people really yearn to have a sense of normalcy.”

“I know it’s been difficult, and I just want to let you know that these are not things that we take lightly,” DeSantis said at the conclusion of discussion in St. Petersburg with bar and brewery operators. “It stinks, and like I’m not happy for how everything’s gone. But I think the best thing we can do is just get it right and move forward. And let’s get the state thriving again.”

The move leaves just Miami-Dade and Broward counties mostly following the Phase 1 standards, which went into place in much of the state on May 4. Miami-Dade, Broward and Palm Beach counties have by far had the most cases of COVID-19, the respiratory disease caused by the coronavirus.

The majority of Florida moved into the second phase of recovery efforts on June 8, allowing movie theaters, bowling alleys, tattoo parlors and similar venues to reopen with limited capacity, while restaurants were able to serve people in bar areas.

The move to include Palm Beach County in the second phase comes as the number of new coronavirus cases has dropped statewide since peaking in July and early August. However, the average number of deaths being reported daily remains above 100, including 149 reported on Thursday.

While the state reports a daily total of deaths, many of the deaths occur earlier.

In August, the state announced an average of 138 deaths a day from the virus that has now claimed 11,650 Floridians since March.

The restrictions on bars and breweries have particularly affected establishments that don’t serve food. Those businesses cannot sell alcohol for onsite consumption. DeSantis said Thursday he will make the decision about lifting the restrictions.

“We may need you to do some of these things for safety and health. I think all you guys would be willing to do it,” DeSantis said. “But it’s another thing to say ‘no,’ there’s no path to ‘yes.’ So, we’ll get to yes.”

Department of Business and Professional Regulation Secretary Halsey Beshears, who has been meeting privately with craft-brewery and bar owners over the past few weeks, imposed the restrictions June 26.

“This touches a lot of people in a lot of ways,” Beshears said. “The people you employ, the families that that touches, the communities that you affect, are all things we have to get back on track.”

Nathan Stonecipher, a co-owner of Green Bench Brewing Company located near Tropicana Stadium in St. Petersburg, said state restrictions have forced the business to be closed for 124 days this year and lay off a number of staff members.

“We built this brewery to connect with our community, to add something different to our community, and to interact and allow people a place to get together with family and friends,” Stonecipher said. “That’s something we want to see back here. We think that we can do it in a safe way. Health and safety is obviously number one for everyone right now in the state of Florida. But there’s no reason that the rest of the hospitality industries in our state can’t get on a path to open up.”

“We want to do this before tourist season starts up again,” Stonecipher continued. “We think it’s important especially for the employees that we have here and for those that we want to bring back.”

When he issued the order in June, Beshears said the restrictions would remain in place until the state’s increase in COVID-19 cases at the time showed a noticeable decline.

DeSantis initially stopped bars and nightclubs from serving alcohol for on-site consumption as part of an emergency order on March 20 to try to help stop the spread of the virus. The order was lifted on June 5 in all but South Florida.

While bars were allowed to start serving drinks again in early June, the state limited indoor customer occupancy to 50 percent and allowed only table service.

Beshears reimposed the ban on on-site consumption three weeks later because non-compliance with the safety guidelines was considered too widespread to enforce.

A number of bar owners filed lawsuits against the state over the order.

DeSantis said if the state has some money left over from the federal CARES Act stimulus package or if Congress approves another round of relief, he hopes money can be used to assist businesses most impacted by government shutdowns.

State Rep. Anthony Sabatini, a Howey-in-the-Hills Republican who has been at the front of legal fights against local coronavirus ordinances involving face masks, urged lifting restrictions.

“If government allowed bars and breweries in FL to open, restaurants to open at higher capacity, and stopped nonsense local government regulations — that would help attract MANY tourists (without wasting $13,000,000 of taxpayer dollars of corporate welfare),” Sabatini tweeted Thursday.

Visit Florida, the state’s tourism-marketing arm, on Wednesday announced a $13 million campaign to encourage Floridians to travel in-state to revive the hospitality and leisure industry, which has been hammered by the pandemic.