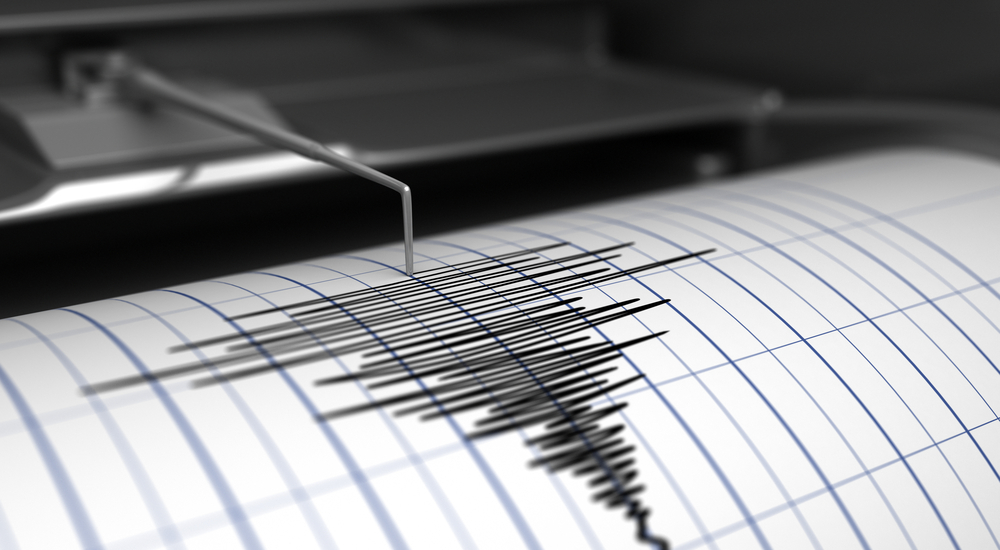 What caused the series of earthquakes along the Alabama-Florida border last month? Researchers with the United States Geological Survey aren’t sure, but they hope to learn more soon.

“It’s fairly unusual to have events in this location,” noted Elizabeth Cochran, PhD, a research geophysicist with the USGS’s Earthquake Science Center in Pasadena, Calif.

The series of five earthquakes began March 6 with a 3.1 magnitude quake registering a few miles northeast of Flomaton, Ala. Another low-magnitude quake occurred March 11, this time near the town of Century in Florida, with two more following in the region March 13.

The final quake, a 2.7 magnitude tremor registering east of Century, happened March 24. That was just a couple of days prior to USGS installing sensors in the area in order to better gather data about the local activity.

“We’re just sort of playing the waiting game right now,” said Cochran, explaining that four new sensors have been installed in the region and should provide researchers with additional data points the next time an earthquake registers.

Cochran works on the USGS’s Induced Seismicity Project. The project’s team studies the relationship between oil and gas extraction and the spike in low-level earthquakes in the U.S. since around 2014.

Much of this uptick in activity has occurred in locations like Oklahoma. In such midwest locales, Cochran said, the events have often been linked to oil and gas exploration activity in the area. Such events are labeled ‘induced’ earthquakes.

Although such low-level earthquakes are popularly associated with hydraulic fracturing, or fracking — a process of natural gas extraction that involves injecting a mixture of water and chemicals into the ground in order to loosen gas deposits — the events are more commonly linked to the disposal of wastewater from such processes.

“You have to get rid of that fluid. The easiest was to get rid of it is to inject it underground,” Cochran said, explaining that the fluid can in turn cause plates beneath the surface to slip more easily.

A map produced by the USGS in 2015 highlighted 21 areas impacted by induced earthquakes, as well as noting the proximity of injection wells. The area of Brewton, Ala., is one of the locations identified on the map.

A natural fault, the Bahamas Fracture Seismic Zone, runs beneath this region, but it is not considered fertile territory for earthquakes. There was a sizable 6 or 7 magnitude in Pensacola way back in 1781, and also some smaller affairs to the north, but the state line area was pretty quiet. Until 1997, when an estimated 4.9 magnitude event shook the area near Brewton.

Joan Gomberg, a researcher with the USGS’s Center for Earthquake Research and Information at the University of Memphis in Tennessee, and Lorraine Wolf, a researcher with Auburn University’s Department of Geology, co-authored a paper in the April 1999 issue of “Geology” entitled “Possible Cause for an Improbable Earthquake.” The researchers concluded that “a purely tectonic origin is difficult to reconcile” and that the quake “may have been related to hydrocarbon recovery.”

It is unclear whether these most recent earthquakes are related to oil and gas exploration efforts in the area. That’s what USGS researchers are hoping to learn with the installation of the four new sensors in the region.

“We are aware there are oil wells, injection wells and saltwater disposal wells in this immediate area,” said Sandy Ebersole, PhD, Geologic Investigations Program director with USGS in Alabama. “However, an interpretation of causation based solely on location is not scientific.”

Ebersole said the sensors will collect seismic data for three to six months. Once that information in collected, researchers may be able to get a better idea about the cause of this recent series of local quakes.

“The question of whether an earthquake is induced or not can be answered scientifically only after review of all the data is complete,” Ebersole stressed.