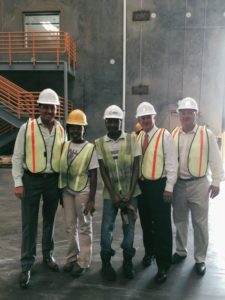 Advanced Mixed Materials Recovery Facility operated by Infinitus Energy has shutdown temporarily due to the weak market for recycled products. The facility has handled the majority of the recyclables collected by ECUA and the city of Pensacola.

Infinitus was one of the two companies that ECUA and Escambia County were considering to partner with in building a recycling facility here.