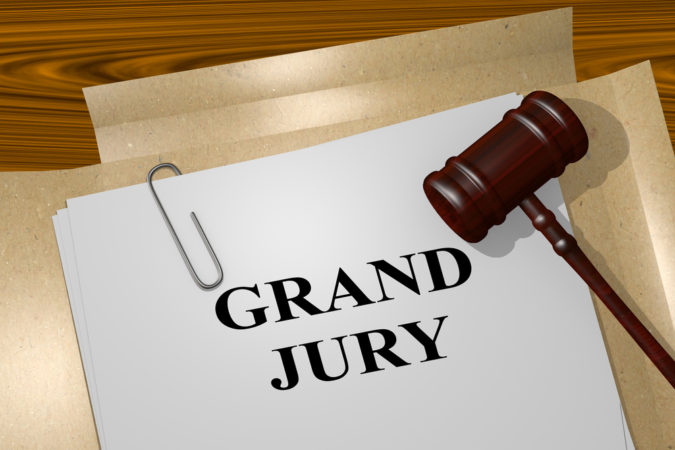 On July 5, Pensacola police officers attempted to stop Crawford after allegedly smelling marijuana smoke coming from his car. Within minutes of the stop, Crawford was shot to death in front of his children and partner.

A Pensacola police spokesperson said Crawford attempted to resist arrest. Several eye witnesses dispute this claim, with supporters demanding a release of the officer’s video of the instance.

Though the stories conflict, Eddins hopes a clearer picture of this incident will come to light after his investigation. “The ­­facts and circumstances surrounding the death of Tymar Crawford will be presented to the Escambia County Grand Jury” within the next two months, said Eddins.

The function of a grand jury is to hear witnesses brought to the jury by the Office of the State Attorney and determine if those charged should be brought to trial.

“Our plan is to call law enforcement, but also civilian witnesses. I want the grand jury to have a full picture.”

“Our plan is to call law enforcement, but also civilian witnesses. I want the grand jury to have a full picture” of the events of July 5. “I want to interview the witnesses,” said Eddins.

The State Attorney’s decision to call a grand jury came out of “the significant public interest in this case,” said Eddins.

According to the press release, the “review will be complete and extensive and will determine if any criminal statutes were violated.”

Since the shooting, Crawford’s family and supporters organized, a memorial vigil, two protest marches and a “People’s Assembly” town hall. Supporters also directly addressed the Pensacola City Council and Mayor at City Hall on several occasions. Most of the events were co-organized by the Pensacola chapter of Dream Defenders, the Florida-based civil rights organization, which stood with Crawford’s family members and issued a list of demands of the city after Crawford’s death.

The Escambia County Grand Jury—described as a “significant cross section of the community— will be charged with reviewing the operations of government,” said Eddins. Specifically, Eddins wants the grand jury to review the “policies and procedures of the Pensacola Police Department regarding the use of deadly force,” as well as the adequate and proper training of Pensacola police officers.

Eddins anticipates his office will complete its investigation within 60 days, which he described as an “ambitious schedule.” Once the State Attorney’s office completes its investigation, Eddins will offer the findings to the Escambia County Grand Jury. While Eddins said there is no specific time frame for the grand jury to make its decision about whether to indict the officers involved or not, he expects the “matter to be resolved as soon as possible, without rushing.”

Following the grand jury’s decision, Eddins promised that “the results will be made public,” as well as any police video recordings of the incident.

Skeptical of the process

Organizers with Pensacola’s chapter of Dream Defenders are skeptical of justice coming from the grand jury and see this as a legal maneuver designed to protect the police. Their skepticism is not without reason.

According to a 2014 fivethirtyeight.com article written in the wake the police shooting of Michael Brown, “Allegations of Police Misconduct Rarely Result in Charges,” grand juries almost always recommend indictments in criminal cases that do not involve police misconduct: “Cases involving police shootings, however, appear to be an exception.”

After learning of State Attorney Eddins’ decision to send the Crawford case to the Escambia County Grand Jury, Haley Morrissette of the Dream Defenders shook her head.

“When we start taking these things before the grand jury, we typically see that they fail to indict the officer,” said Morrissette. “They have no [criminal] findings, even though we know in the community that there are findings because we live with this every single day.”

“We’re also really worried about where this leaves the family. They’ve been without the resources that they are needing, as far as trauma counseling, as far as needing to be paid back, especially for having to bury a father.”

“We’re also really worried about where this leaves the family. They’ve been without the resources that they are needing, as far as trauma counseling, as far as needing to be paid back, especially for having to bury a father,” said Morrissette. “They were left with a source of income being taken out of their household.”

“The City of Pensacola has the ability to still take recommendation that [the Pensacola Police Department] needs more training,” said Morrissette.  “They can do this whether there’s an indictment or not.”

Morrissette expressed frustration at the city government for its lack of movement on the issue.

“The last meeting we had, the mayor failed to show,” said Morrissette. “They did not give us a follow up date after asking for the materials we had for recommendations.”

Despite feeling “stonewalled” by the city, Dream Defenders are currently working on their next step to pressure the city into substantial action on behalf of Crawford’s family.