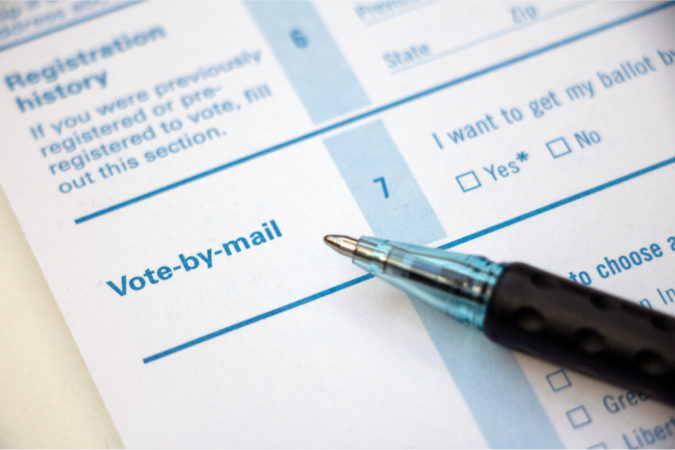 TALLAHASSEE — As Republicans throughout the nation continue to refuse to acknowledge former President Donald Trump’s re-election loss to Democrat Joe Biden nearly a year ago, Florida supervisors of elections are pleading with candidates and elected officials to tamp down the rhetoric.

“The Great American Experiment, our cherished democracy, is under threat. Our nation is only as strong as the faith our citizens have that their voice, their vote, has a say in our government. In this hour, public trust in our elections is being systematically undermined, to the detriment of all Americans,” the Florida Supervisors of Elections association said in a document distributed Wednesday.

The statement from supervisors in a state in which Trump handily defeated his Democratic challenger by more than three percentage points — a landslide by Florida standards — comes as elections officials in various parts of the country are receiving death threats, quitting their posts or facing calls for “audits” to revisit the outcome of the 2020 presidential race.

While county elections supervisors in Florida — along with Gov. Ron DeSantis — have repeatedly assured voters about the accuracy of the Sunshine State’s results, some Republicans county leaders continue to question the numbers.

Wednesday’s statement was the first time the statewide supervisors association called for a truce.

The supervisors “continuously strive to debunk false claims, and ensure voters have access to accurate election information,” the statement said.

“We are dedicated to the cause of election integrity, ensuring that every eligible voter’s ballot is counted accurately and that no fraud takes place. But false claims of fraud do not strengthen our elections. Instead, they degrade confidence in the institutions, and discourage citizen participation in our democracy,” the statement said.

The supervisors noted that in the run-up to and aftermath of the 2020 election, “the integrity of our democracy has been challenged by misinformation, disinformation, and malinformation that sows discord and undermines trust in America’s electoral process.”

“Many of us have been threatened by our fellow citizens who have been led astray by these deceptions,” they wrote, encouraging candidates and elected officials to “tone down the rhetoric and stand up for our democracy.”

The supervisors’ statement was issued the same day that DeSantis’ political committee sent a fundraising email accusing Democrats of trying “every trick in the book” to sway the 2020 election.

“They used the pandemic as an excuse to change election laws in ways that are unconstitutional and ripe for fraud and abuse in our elections. This included the mass sending of unsolicited mail-in ballots, bans on voter ID, ballot harvesting, and unattended ballot drop boxes in states across the country,” DeSantis’ fundraising message began.

The message also boasted about a controversial measure (SB 90) passed by the Republican-controlled Legislature this spring that made it harder for Floridians to cast ballots by mail and added restrictions to drop boxes, where voters can drop off completed ballots.

Elections supervisors have objected to the legislation, which proponents maintain is necessary to reduce fraud. Supervisors, however, point to evidence showing that fraud is extremely rare in elections in Florida and elsewhere.

Leon County Supervisor of Elections Mark Earley, who will take over as president of the statewide association next year, told The News Service of Florida that, while his office hasn’t received specific death threats, it has been subject to “very ugly calls” after the November election.

“It’s trying. It’s stressful. It’s disheartening. It makes me worried for my staff and, frankly, I guess a bit for myself and my family,” Earley said in a phone interview Thursday.

The supervisors association statement came amid recent calls for an “audit” of Florida’s election results.

The Lake County Republican Party last month approved resolutions calling for a full audit of the 2020 election. Meanwhile, state Rep. Anthony Sabatini, R-Howey-in-the-Hills, has filed legislation (HB 99) that would require DeSantis to appoint an independent third party to conduct a forensic audit of the 2020 general election. An audit this year in Arizona drew controversy but ended up confirming Biden’s victory over Trump in a state that played a key role in the Democrat’s overall win last year..

Florida Secretary of State Laurel Lee said this month that an already-completed audit of totals in Florida’s 67 counties showed “an exceedingly high level of election integrity and, again, demonstrated that our results were accurate, reliable.”

Raising doubts about elections results in the absence of evidence of wrongdoing can have far-reaching effects, warned Manatee County Supervisor of Elections Mike Bennett, a former Republican senator from Bradenton.

“The fraud that they’re talking about is very dangerous for our country because people lose faith in the system,” Bennett, a Navy veteran who served in Vietnam War, said in a phone interview Thursday. “The old adage, you tell a lie, you tell it big enough and long enough, it becomes true. And that really bothers me. It bothers me as a former member of the Legislature. Certainly it bothers me as a veteran. I just hate it.”