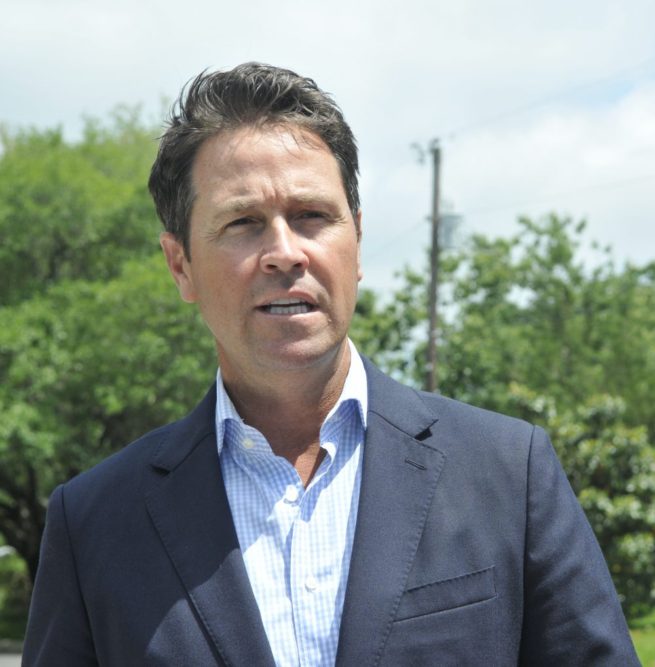 Inweekly made a public record request of Assistant County Administrator Amy Lovoy’s emails regarding the county’s interaction with Mayor Ashton Hayward’s office regarding the Request for Proposal for a NBA developmental league team. It appears a great deal of the work was left to the last two weeks, and a concerted effort was made to hide details from those who could have made the proposal more effective.

The first email regarding Pensacola bidding to host a NBA developmental team was sent by Cyndee Pennington of SMG to Assistant County Administrator Amy Lovoy on April 27. Pennington asked about a PNJ article that said Pensacola was one of six cities vying for a team. The article was based on a press release sent out by the New Orleans Pelicans. Lovoy had not received any prior emails about the RFP.

What Lovoy, county commissioners, and the public did not know was Mayor Hayward had received the Request for Proposals on Mar. 31, and he had informed the Pelicans on April 21 that the city would be submitting a bid, which was how Pensacola was named in the Pelicans’ press release. The deadline to submit any inquiries about the RFP was a week away – May 5.

Lovoy, via Pennington, did not receive a copy of the RFP from the mayor’s office until May 17— 47 days after Mayor Hayward received the RFP, 26 days after he notified the Pelicans he would be submitting a bid, and 12 days after anyone could submit questions about the bid requirements. The city had 13 business days before it had to complete its proposal.

No kidding. Ouellette has a gift for understatement.

From: Ben Ouellette [mailto:BOuellette@cityofpensacola.com]
Sent: Wednesday, May 17, 2017 3:31 PM
To: Cyndee Pennington <cpennington@smgpcola.com>
Cc: Michael Capps <mcapps@smgpcola.com>
Subject: RFP
Good afternoon Cyndee,
Please see the attached RFP and provide an overview for the proposal specifically to sections XII-XVI. Since we are on a tight time frame, if you are unable to respond to a question, please let me know so we can identify someone else who may know the proper response. Thank you for your timely help and please do not hesitate to call me if you have any questions.

The next day, City Administrator Eric Olson sent an email to Lovoy to allay her concerns. He said, “RFP is really an RFI (Request For Information). The information under Section III (p. 2 of the RFP) states that the ‘RFP is sought strictly for the purpose of gaining knowledge of services and facilities available and should not be construed as intent, commitment, or promise to acquire services, supplies, or solutions offered.’

Olson didn’t explain why the city waited more than six weeks to tell the county about the RFP.

From: Eric Olson
To: Amy L. Lovoy
Subject: Basketball
Date: Thursday, May 18, 2017 5:28:08 PM
Attachments: image003.png
G_League_RFP-Pensacola.pdf
Amy – the attachment should help clarify a few points. The City is responding to the RFP, but the RFP is really an RFI (Request For Information). The information under Section III (p. 2 of the RFP) states that the “RFP is sought strictly for the purpose of gaining knowledge of services and facilities available and should not be construed as intent, commitment, or promise to acquire services, supplies, or solutions offered”.

Let me know if you need more information.

Lovoy told Pennington on May 22 (10 business days before NOLA presentation) to provide the city any information about specifications of the Bay Center that they needed.

I talked to Eric on Thursday. He says they have no intent of turning anything in that would commit the County to anything. They just want information; so feel free to send them information if you have it readily available.

Give me a call if you have any questions.

The next day, May 23 (9 business days before NOLA presentation), Pennington sent Lovoy the link to a PulseGulfCoast article promoting the team. The County still don’t know what the city was submitting.

On May 24 (8 business days before NOLA presentation)—Pennington sent Ouellette the Bay Center specs.

Ben,
Please see attached information. Should you, or anyone from the Pelicans Organization wish to walk through the venue, please call to arrange an appointment.

On May 30 (5 business days before NOLA presentation), Ouelette sent Pennington, which she forwarded to Lovoy, a copy of an Orlando Magic proposal and asked Pennington to “align with details of the Bay Center and the Pelicans RFP.” Apparently the mayor’s office was trying to mimic that proposal. Pennington was concerned about any negotiations and asked Lovoy for direction.

From: Ben Ouellette [mailto:BOuellette@cityofpensacola.com]
Sent: Tuesday, May 30, 2017 1:51 PM
To: Cyndee Pennington <cpennington@smgpcola.com>
Subject: RFP
Good afternoon Cyndee,
Attached is an initial proposal submitted to the Orlando Magic organization in regards to their DLeague
team. Please note that this was their initial proposal, and they have since developed into
further more detailed negotiations. I was hoping that you could take a look at the proposal and see
how it may align with details of the Bay Center and the Pelicans RFP.

I would also like to know if your schedule would allow you to meet sometime this week.

From: Cyndee Pennington
To: Amy L. Lovoy; Larry Wilson
Cc: Michael Capps
Subject: FW: RFP
Date: Tuesday, May 30, 2017 1:59:37 PM
How do you want to proceed?
Larry, I know you’ve been involved in some of the negotiations in other SMG managed venues that
are looking at this and Amy, I thought they would bring you into this………….? If we meet with him or
whomever, Amy do you want to be there?
Cyndee

Lovoy intervened and told Ouelette that the city needed to bring this to Board of County Commissioners: “To get the ball rolling it would really be helpful if the City could submit an official letter to the County itemizing exactly what the ask is.” All of this was happening five business days before the mayor’s presentation to Pelicans management.

From: Amy L. Lovoy
To: BOuellette@cityofpensacola.com
Cc: Cyndee Pennington
Subject: FW: RFP
Date: Tuesday, May 30, 2017 2:33:08 PM
Attachments: image001.png
orlando magic original (Polk county).pdf
Hi Ben,
I’ve been following the request for information discussion to bring basketball to Escambia County. Since the proposal would be to put the Pelican affiliated team into a County owned facility, before we go any further I think this would need to go to the Board of County Commissioners to get their approval. To get the ball rolling it would really be helpful if the City could submit an official letter to the County itemizing exactly what the ask is.

Could you help us out and get us a letter?

Thanks, I really appreciate the help.

Instead, Mayor Ashton Hayward called BCC chair Doug Underhill. On May 31 (4 business days before NOLA presentation), Ouelette told Pennington that Underhill had “given his blessing.”

From: Cyndee Pennington
To: Amy L. Lovoy
Cc: Larry Wilson
Subject: Basketball
Date: Wednesday, May 31, 2017 2:49:49 PM
Amy,
Ben Ouellette, the Mayor’s Executive Aide, called and said that Commissioner Underhill has given his blessing on the City pursuing basketball for Pensacola, and that the Mayor, and someone from the City’s Parks & Recreation, and SMG to present next Wednesday to the Pelicans Basketball Organization. I need some direction please.

Also on May 31, Mayor Hayward sent a letter to Commissioner Underhill.

Hayward wrote that the Pelicans “recently” contacted his office about the team. He didn’t tell the commissioner that “recently” meant Mar. 31. He restated Olson’s view that the information in the RFP was not binding.

He said, “We have determined that the best potential venue for the developmental team would be the Pensacola Bay Center…”

Hayward asked for the BCC’s “support and cooperation” in obtaining information sought by the Pelicans.  The City had four business days left to complete its proposal and create its video and PowerPoint presentation.

Imagine how much better the presentation and video could have been if Mayor Hayward had taken a more community-oriented approach to this proposal, involving those groups familiar with such presentations.

Why didn’t he ask Blue Wahoos co-owners Bubba Watson and Quint Studer or Ice Flyers owner Greg Harris to be in the video and talk about the community’s passion for sports? Why not have Dr. Andrews of the Andrews Institute talk?

The City had ample time (two months) to create a first-class video and presentation.

Inweekly has been told that Mayor Hayward, thanks to attorney Fred Levin, has a special relationship with the Tom Benson family, owners of the NBA Pelicans. Maybe he thought the details of the city’s proposals weren’t that important.

Two county commissioners shared with the paper that they felt the mayor didn’t care about the details because it would be up to the county to work out the Bay Center details. If they couldn’t financially make it work, the mayor could blame the BCC.

I hope Mayor Hayward’s hubris and love for headlines haven’t squandered this opportunity.