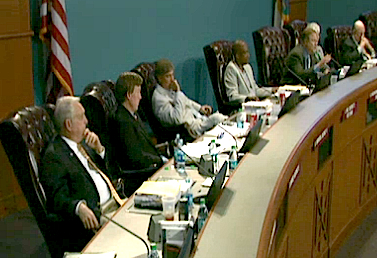 “It seems to me, we don’t have much choice but to accept the jail and try to run it,” said Commissioner Wilson Robertson at the onset of last night’s meeting.

Touart and county staff have been wrangling with Sheriff David Morgan’s team for weeks. There remains a several million dollar difference between the two party’s positions.

“My problem with all these negotiations,” Touart had explained during the morning session, “is it comes down to this: ‘either we’re gonna get this, or we’re going to give the jail back.”

Morgan has laid out a $5.2 million threshold, money he insists he needs to address the DOJ’s concerns about understaffing at the jail. Touart insists that such funds would require a tax increase, something the commission isn’t up for. 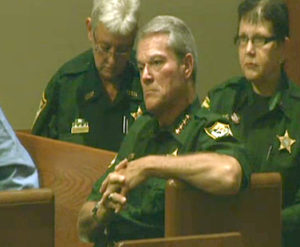 The interim administrator instead put $2.6 million on the table—money from budgeted cost-of-living-increases for county employees—and told the commissioners the funds would allow the county to assume responsibility of the jail and address DOJ’s concerns.

“Which basically puts your career on the line,” noted Robertson last night.

Several commissioners raised concerns about the move. Commissioner Lumon May said there was “a lot of uncertainty,” and Commissioner Steven Barry wanted more specifics on the math. 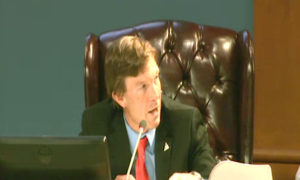 “I’m not at all comfortable leaving just a blank, take-care-of-it-Mr. Administrator,” Barry said.

When commissioners began talking with county staff members, they learned that the costs associated with transferring jail operations over to the county are unknown. Touart admitted there would be one-time change-over costs—and that he doesn’t have a “crystal ball”—but said he felt comfortable with the $2.6 million.

“My opinion is,” Budget Director Amy Lavoy explained to the commission, “regardless who runs this jail, it is an absolute money pit.”

While no firm numbers were presented, Touart did provide a loose roadmap going forward. He said that the county would be able to save money by reducing the jail population through a focus on front-end opportunities, such as preventative programs and filling the county’s road camp to capacity—another concern addressed by DOJ—and also taking advantage of the county’s ability to contract medical services out to local hospitals.

“We’re here today to answer a simple question—who can handle the jail?” said Chairman Valentino. “Can we handle the jail and can we do it in a timely way?” 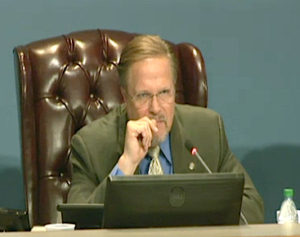 By the end of the long night, the commissioners decided they’d give it a shot. On a 4-1 vote—with May dissenting—the commission instructed staff to put the wheels in motion to assume responsibility of the jail by October and draw up a plan that would satisfy the justice department.

“No blinking on this one,” Valentino told staff. “This has got to work like clockwork.”