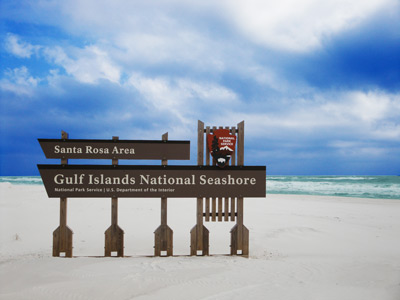 Gulf Islands National Seashore officials announced fee free entry to all sites Monday, February 20, 2017, in celebration of Presidents Day. National Parks throughout the country annually waive entrance fees on Presidents Day. Officially known as Washington’s Birthday the day is set aside to honor and reflect on the contributions of President George Washington, the first President of the United States of America. All national seashore areas, including Fort Pickens, will offer free entry.

Learn more about the holiday and its history by visiting the National Archives site: https://www.archives.gov/publications/prologue/2004/winter/gw-birthday-1.html

All park areas and visitor centers will be open on their normal hours. Find a full list of park programming at www.nps.gov/guis/planyourvisit/calendar.htm. Park offices and the Naval Live Oaks exhibits at park headquarters will be closed Monday in observance of the holiday.