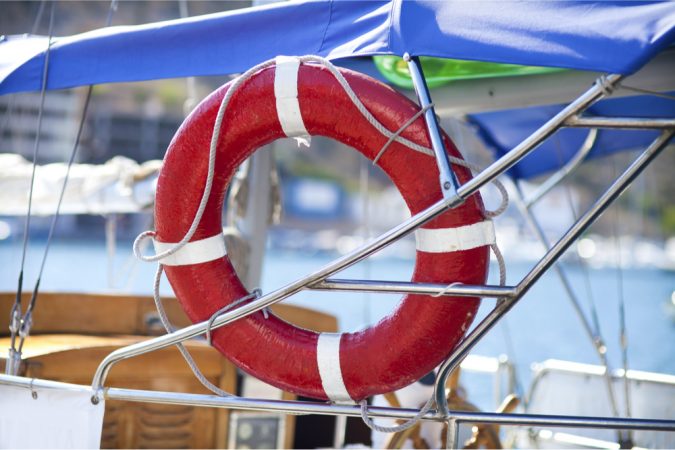 While he said local officials are still awaiting word from the Florida Department of Transportation on whether the state will be providing ferry service while the Pensacola Bay bridge is out of commission due to damage sustained during Hurricane Sally when loose barges hit the bridge, Pensacola Mayor Grover Robinson did say Wednesday that the city’s dock could soon be put into service for bay-crossing commuters, ever how they arrived.

“What we are proposing is basically a landing at the ferry site here,” Robinson said during a public Q&A session on Facebook. “We have a dock that can be reached by commercial fishing boats, ferry boats, a variety of different types of boats.”

The city’s landing, the mayor said, was also damaged in Hurricane Sally, but should be repaired and ready for action within a few weeks. Robinson said the area would make an appropriate spot for boats to pick-up and drop-off passengers. He noted already seeing ads from commercial fishing boat captains offering their services.

“There’s also a significant parking lot there where people could park, have a vehicle they use over here, much like what happened in 1989,” Robinson said, referencing another time the bridge was struck by a barge and knocked offline for months. “In 1989, many people left there cars here, would carpool, catch a ferry, come over, and then have a car here they could work with.”

The mayor said that city officials, as well as officials from Escambia County and Gulf Breeze, are currently working with FDOT in determining if ferries will be put into service during the bridge repairs, which will stretch for a yet-to-be-determined number of months.

“I think as soon as DOT has their answer on time length on what will happen on the bridge we’ll know a little bit about what they plan to do in the interim,” Robinson said.

If ferries are brought in, the mayor said they would likely have runs to both Gulf Breeze and Pensacola Beach, but would not accommodate vehicles.

“Obviously these are passenger ferries only,” Robinson said. “While the dock at the city of Pensacola is deep enough, there is no dock deep enough either on the back side of the island or Gulf Breeze that would permit vehicles.”

Also during the mayor’s Facebook Q&A, he spoke a bit about the damage sustained to the CSX rail line during Hurricane Sally. The company’s tracks along Escambia Bay were torn up during the Category 2 storm, which has required trains to be rerouted.

Noting that the spur of track connecting to the Port of Pensacola was still functional, Mayor Robinson said it wouldn’t be entirely tragic if the stretch of track hugging the bluffs between Scenic Highway and Escambia Bay were left abandoned.

“If it becomes permanent there are all kinds of things we can do,” Robinson said. “That could certainly be a rails-to-trails opportunity.”

The mayor has spoken of this potential before, of creating a trail along the bluffs that would connect to trail networks farther north, including the Florida Trail. That discussion, perhaps until now, has always been had in the shadow of a theoretical dead end: the CSX track.

“Outside of GE, I don’t know of anyone that’s serviced once we make the turn downtown and go all the way across and up the bluffs, I don’t know any actual service users outside of GE, so from that standpoint there are no users if that rail line is not to come back,” Robinson said.