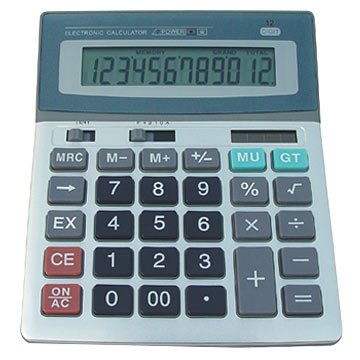 Statistics can sometimes obscure the truth. But not in Tuesday’s presidential primaries in Florida.

The numbers tell the story: total dominance by Republican Donald Trump and Democrat Hillary Clinton from one end of the state to the other. Rural, urban, suburban, you name it. They won it.

Based on unofficial results from the state Division of Elections, here are seven takeaways:

THE BIG PICTURE: Trump, the New York billionaire whose outsider campaign has shaken the GOP, captured 45.7 percent of the Republican primary vote, demolishing Florida Sen. Marco Rubio, who had 27 percent, and Texas Sen. Ted Cruz, who had 17.1 percent. On the Democratic side, Clinton, the former secretary of state, New York senator and First Lady, hauled in nearly 64.5 percent of the vote, while Vermont Sen. Bernie Sanders won about 33.3 percent.

ONLY THE LONELY: Rubio needed to win his home state to remain viable in the presidential race. Instead, he won only his home county, Miami-Dade, lost the other 66 to Trump and suspended his campaign. Sanders won nine counties, but they were all sparsely populated rural counties in North Florida.

FAMILIAR TERRITORY: All roads to Democratic success have led for years through strongholds Broward, Palm Beach and Miami-Dade counties. And Tuesday was no different. Clinton captured more than 70 percent of the vote in each of the counties and beat Sanders by a combined total of about 235,000 votes in those areas.

HOME AWAY FROM HOME: Trump received 50 percent or more of the Republican vote in 30 counties. Most of those counties were relatively small, but not Palm Beach County, where he lives part of the year. He won 52.1 percent of the vote in Palm Beach County and beat Rubio by more than 35,000 votes. Other large or mid-sized counties where Trump dominated Rubio included Pinellas, Volusia and Marion.

BACK FROM THE DEAD: Former Maryland Gov. Martin O’Malley dropped out of the Democratic race after getting shellacked in the Iowa caucus. But apparently somebody in Florida likes him (or doesn’t like Clinton and Sanders). O’Malley collected 38,824 votes, or nearly 2.3 percent, Tuesday. That included 2,398 votes in Hillsborough County and 2,160 votes in Pinellas County.

ROUGH RURAL ROAD FOR RUBIO: Rubio won a statewide U.S. Senate race in 2010, but many rural voters don’t appear to have much affection for him. Not only did Trump win all rural areas, but Cruz topped Rubio in 27 counties — almost all of them rural. The only exception was mid-sized Bay County, which includes Panama City. Cruz has targeted Christian conservatives during the campaign, which could have helped attract rural voters across North Florida and parts of South-Central Florida.

GONE BUT NOT FORGOTTEN: Like O’Malley on the Democratic side, former Florida Gov. Jeb Bush has been out of the Republican race for a few weeks. But he still has loyalists and captured 43,449 votes Tuesday, good for nearly 1.9 percent of the GOP total. That included 4,949 votes in Pinellas County, 3,976 in Miami-Dade County and 3,336 in Lee County.