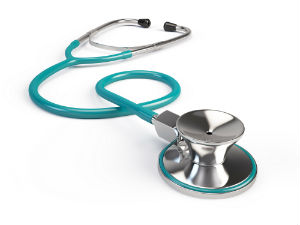 The number of uninsured children in the U.S. has dropped to a “historic low” under the federal Affordable Care Act — but Florida, while showing improvement, still has one of the highest rates of children without coverage.

A report released Wednesday by the Georgetown University Health Policy Institute’s Center for Children and Families found that in 2014 — the first year for which numbers were available on the impact of the law known as Obamacare — 6 percent of U.S. children were uninsured, down from 7.1 percent in 2013.

Florida went from being ranked 49th out of the 50 states and the District of Columbia in 2013 to 46th in 2014 for its overall percentage of uninsured children.

“It (the rate) is the lowest in the six years’ worth of data that I have,” said Laura Brennaman, policy and research director for the advocacy group Florida CHAIN.

According to the report, the states that saw the greatest gains were those that had expanded Medicaid under Obamacare.

The findings show that expansion states saw a decline in the number of uninsured children of 21.7 percent, while the rate for states that didn’t expand Medicaid was 11.6 percent.

“Children ride on the coattails of their parents,” Brennaman said. “Children whose parents have insurance are much more likely to have insurance, too.”

In a conference call with reporters Wednesday, Joan Alker of the Georgetown Health Policy Institute said Obamacare had spread among families as some members gained coverage.

Key Florida Republican leaders have opposed Medicaid expansion, arguing that the federal program is “broken” and unlikely to keep its financial commitments to Florida.

During the 2015 session, the Florida Senate fought to use Obamacare dollars to extend coverage through private insurers, but Gov. Rick Scott and the Florida House strongly opposed the effort, and they prevailed.

A quarter of the Florida children who remain uninsured are under age 6, Brennaman said — “and that’s that critical age when screening and preventive services can really have major implications for them, in terms of warding off big problems and allowing those children to reach their full potential.”