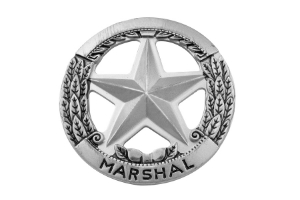 NorthEscambia.com reports that a second man has been charged with impersonating a law enforcement officer. The Escambia County Sheriff’s Office says when accused police impersonator Joshua Lynam pulled over an undercover deputy last week, he was being aided by 21-year old Ryan Philip Ramsdell.

Lynam, 24, was charged with impersonating a police officer after he performed a traffic stop on an Escambia County deputy on I-110 at Airport Boulevard earlier this month. Investigators said the entire incident was caught on video by a camera Lynam had in his truck — he capture his own arrest on video. That video also shows Ramsdell walking up to the undercover deputy’s car, but backing down and removing his vest, stashing it in the truck. He is being held in the Escambia County Jail without bond

Ramsdell is also charged with impersonating a police officer and remains in jail without bond.

Anyone that believes they may have been a victim of Lynam or Ramsdell during a suspicious traffic stop is asked to call the Escambia County Sheriff’s Office at (850) 436-9620.