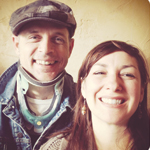 Inweekly published a story on Galusha this summer (Legal Liability and Sovereign Immunity). On July 28, 2011, a city of Pensacola Facilities Maintenance truck hauling a trailer was heading north on 12th Avenue. The truck ran a stop sign and hit Galusha with such force that the car he was driving was totaled. He injured his neck and had debilitating headaches and eventually had fusion neck surgery and a partial craniotomy to relieve the pressure on his brain.

“By June of 2013 his medical bill alone were already over $125,000 and we begged the city to pay its $100,000 sovereign immunity cap,” said Shimek. “The City denied any responsibility and aggressively litigated the case until they finally admitted liability right before trial. Despite medical bills totaling $243,000 at the time of trial, the city still refused to pay anything whatsoever.”

Shimek believes that the city is abusing the sovereign immunity privilege. “The City consistently refuses to responsibly evaluate legitimate claims against it from victims who are injured or killed by its careless employees,” he said. “People are getting hurt and the City is totally ignoring their cries for help. Victims generally have to accept extremely low offers because it is never feasible to fight the City.”

The attorney said they were forced to take the city to trial because its aggressive stance. “Now the City has to pay us the $100,000 cap, plus it now has to pay Court costs and the fees to the private law firm that it hired,” he told Inweekly. “Instead of paying us the $100,000 cap when it clearly should have, the City will now have to pay that cap, plus over $150,000 more for its costs and fees for the lawyers it hired.”

Shimek added, “This is a complete waste of our taxpayer dollars. This is a case where we had to take a stand against the clearly abusive misuse of its sovereign immunity.”