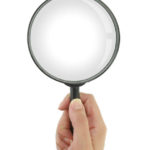 Five nurseries will be part of a 12 member panel announced Friday to hammer out rules on who can grow medical marijuana and how it will be distributed to patients. The rule-makers selected by the state Office of Compassionate Use will meet the first week of February in Tallahassee to set up the regulatory structure for the five nurseries eventually selected to grow, process and dispense medical marijuana in Florida.

Under a marijuana law passed last spring, nurseries that have been in business for at least 30 continuous years in Florida and cultivate at least 400,000 plants are eligible to be one of five “vertically-integrated” entities that will grow, process and distribute strains of cannabis that are low in euphoria-inducing tetrahydrocannabinol, or THC, and high in cannabadiol, or CBD, for patients who suffer from severe spasms or cancer.

Under the new law, doctors were supposed to begin ordering the substance for certain patients on Jan. 1. But after a legal challenge from a group of nurseries and other businesses, an administrative law judge in November struck down the health department’s first proposal for a regulatory framework. That prompted the department to select the rarely-used “negotiated rulemaking” process to craft a rule.

Those tied to nurseries selected to be on the committee are: George Hackney of Hackney Nursery Company in Quincy; Robert Wallace of Chestnut Hill Nursery and Orchards in Alachua; Bruce Knox of Knox Nurseries in Winter Garden; John Tipton of Plants of Ruskin; and Pedro Freyre of Miami-based Costa Farms, one of the nurseries that challenged the rule. Also on the committee are: Jill Lamoureux, CannLabs, Inc.; botanist Darrin Potter; attorney Donna Blanton; Office of Compassionate Use Director Patricia Nelson; horticulture expert Jeffrey Block; Joel Stanley, who with his brothers produces and distributes “Charlotte’s Web,” a widely-known, low-THC cannabis strain, in Colorado; and Holley Moseley, who pushed for the low-THC law on behalf of her daughter, RayAnn, who suffers from a rare form of epilepsy that can cause hundreds of seizures a week.