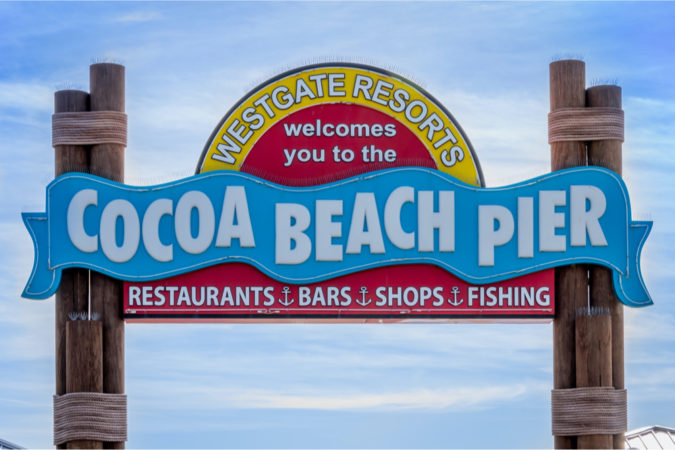 At the virtual “Coffee with the Commissioner” this morning, County Administrator Janice Gilley said she’s looking at ways to reopen beaches in Escambia County, even though the decision to keep them close was made less than a week ago.

Commissioner Jeff Bergosh brought up the beaches at the “coffee.”

“How important do you think that decision was?” he asked Dawn Rudolph, Ascension Sacred Heart Hospital’s president. “I got a lot of emails. In fact, I’m still getting them today, saying, ‘Can’t you just open it up for people to go fishing or surfing?’ From your expert vantage point, why was that so critical for us to do that?”

Rudolph, Ascension Sacred Heart Hospital president, defended the letter from the hospitals and the local medical society asking the commissioners to keep the beaches closed.

“To be the only beaches open across the Gulf Coast would be a magnet for people not just in Pensacola,” she said Dawn Rudolph. “You’d be bringing people in from southern Alabama, New Orleans.”

Rudolph added, “This is just such a place for tourism. Why don’t you come when we’re ready for you? I know it’s been a sacrifice. I’ve missed it as well. I think it’s prudent. I think it was the right thing to do.”

Knowing that the state can’t stop everybody at every state border, she said, “I think it was the right decision at the right time to keep this as quiet as possible in that curve.”

The commissioner stayed on the issue.

“Janice, you’re probably aware of this,” Bergosh said. “Cocoa Beach has now put something out to where they’re going to allow active use of the beach. Fishing, swimming, running, jogging, walking, but not lounging. Not putting out a towel and hanging out and building a pyramid with beer cans.”

He asked County Administrator Janice Gilley, “What about something like that here for just locals? I’m just saying it. I don’t want the news to report that I’m in favor of it. I’m just curious, what would your opinion be of something like Cocoa Beach, what they’re doing?

Gilley was aware of the Cocoa Beach plan and called it “a pretty smart alternative in terms of trying to balance the enjoyment of the outdoors with, I think as Dawn and you both said, the treasure that we have here.”

The city of Cocoa Beach is a town of 11,737 people, and its council passed an order on April 3 that closed its public beaches to all activities except walking, jogging, biking, fishing, surfing and swimming.

Gilley made a light of Rudolph’s concerns about hurting the county’s ability to “quiet” the spread of the virus, ignored the hospital president’s concerns about people from infected areas coming to the beaches, and characterized the commissioners’ 4-1 vote as happening because they didn’t believe people would follow rules.

“You all had to take action because we, for whatever reason, weren’t completely convinced that the public would follow the rules in terms of not having large groups come together and potentially spread the virus,” said the county administrator.

Gilley said she was considering using lifeguards, code enforcement officers and “one of our animal officers that we have on the beach” to enforce an order similar to the city of Cocoa Beach.

“I have not looked at any videos of Cocoa Beach, so I would want to do that and see how they are able to manage it, and if the citizens have responded appropriately to the liberty that has been given to them,” she said. “I have been trying to look at Georgia and South Carolina, as I understand they’ve also opened some of beaches this past weekend with similar restriction.”

Cocoa Beach also has a  temporary ban on consuming or possession of alcoholic beverages on the beaches of Cocoa Beach. The fine for the violation is $500. The ban went into effect on March 20.

In my Outtakes this week, I agree the county should be focusing on expanding testing, not bingo parlors and beaches – More Testing, Dammit.

1 thought on “Gilley looking at how to reopen beaches”