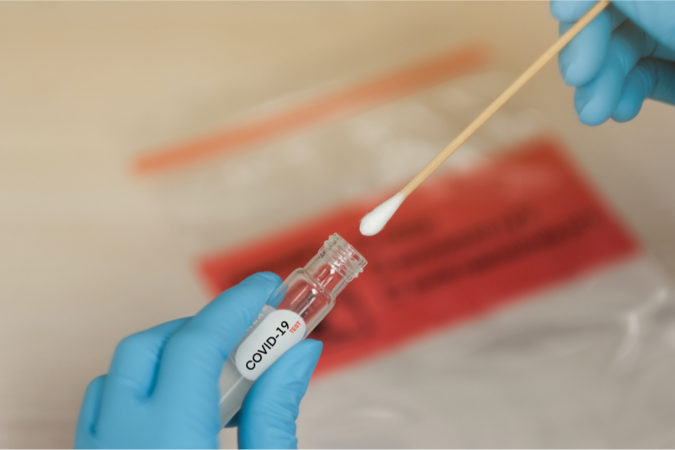 Today, the Escambia Board of County Commissioners will meet at 10 a.m. to decide when and how the county’s beaches will reopen. Inweekly asked County Administrator Janice Gilley what can we expect to happen at the meeting.

“They have received, I think, a little over 700 comments as of about one today,” she said in telephone interview from the Emergency Operations Center. “We have provided them with those comments. We’ve also provided the commissioners with an Excel spreadsheet that shows the status of beaches across the state that provides kind of the hours, restrictions, things like that, so that they kind of have a menu in front of them that they could choose from.”

Here is the spreadsheet: Status of Florida Beaches.  Inweekly later found out that the county had received 437 comments voicing support for opening beaches and 224 that wanted them to remain closed, plus another 47 comments and complaints not concerning the beaches.

“So we’ve had several discussions about this particular plan,” she said. “One of the things that the County can participate on with that plan is specifically related to the first responders. So we’re going to provide him daily with where we are from a red, green, yellow perspective on the first responders. We’ve been green the entire time, so I hope we stay green.”

The county administrator said that her administration had no recovery plan for the county and would simply follow the executive orders issued by Gov. DeSantis.

“I think we’ve been pretty clear from the very beginning that our commissioners are following executive orders that have been put out by the governor,” Gilley said. “And then I think we’ve also been clear about, we’re going to also follow the governor’s task force in terms of guidance related to reopening businesses and things like that.”

She took pride in county government has never stopped operating during the pandemic.

“We have had about 36 employees that have had to, for special reasons, take advantage of the Family First Coronavirus Act for families and being out of the office and we’ve had about 43 employees that have had to do telework,” she said. “But other than that, we are still providing all the other services that the County provides. While we have limited some of the access to some of our buildings, we will be looking at how we do a phased-in approach of having the public re-integrate back in with those services.”

Gilley added, “Of course we know the new normal will be different. So once we kind of get those deadlines from the governor’s task force, I think we’ll see how they relate to the County.”

When asked for any message for local business owners, she said that the recommendations for re-opening will be coming from the governor’s task force. The county administrator pointed out the county had activated ESF-18 — EOC Emergency Support Function for Business, Industry and Economic Stabilization that is headed by Greater Pensacola Chamber CEO Todd Thomson.

“They’re going to be working on plans as well, because our main goal–everyone’s main goal is to protect the public, the health and safety–but then also provide ways for businesses to get back up and going,” said Gilley.

She said that the governor’s request for public comment had probably delayed the release of his recovery plan, which many thought would have been released last Friday.

“I think we’re probably looking at a Wednesday-Thursday release,” Gilley said. “Then I would say the governor would probably, maybe want to start back with things next week.”

The county administrator said that county government staff had been lightly impacted by the COVID-19 virus.

“We have three employees that are quarantined by a doctor,” she shared. “We have two that are currently out, had tested positive, and we have six throughout the County that are tested and awaiting results.”

In looking at the testing in the community, Gilley said that the county had asked Dr. Lanza,  director of DOH Escambia, if he could parse out the numbers that were related to long-term care facilities. She said, “He told us today on a call that they’re not able to do that. The reason is partly because of the medical care that the individuals are getting or maybe getting.”

Yesterday, FDOH released a new report that showed the county had 138 cases in LTCS- of which 32 were LTC staff. According to the report, the county had the most COVID infected nursing home in Florida – Southern Oaks with 87 residents infected.

In closing, Gilley once again expressed her belief that county government’s operating “very close to normal” was a help to the public during the pandemic.

“There are a lot of people hurting in our community,” she said. “I know that our team and our staff are very dedicated to doing everything we can to continue to provide some normalcy to the lives of our citizens–whether it’s just seeing people mowing or whether it’s that our parks are still a place where they can go and walk and enjoy activities that do not create a lot of … that don’t help with the social distancing aspects that we need to all be concerned about.”

She hopes that the board reopening public beaches would “may be part of the mending and repair that people need to kind of go forward as hopefully we open our businesses and our community back up in the next couple of weeks.”

“And so I just don’t want us to forget that, that there are a lot of people hurting out here that need our support in many different ways,” Gilley said. “In some small way by the County continuing to operate–I would say very close to a normal for most folks, I hope in some small way has been a help.”