Today the Pensacola News Journal reported that Patrick Gonzalez, Jr. told investigators that Byrd Billings, the man who Gonzalez is accused of killing, had given him money to open a martial arts studio. Read searchwarrant.

A review of the arrest report of Patrick Gonzalez, Jr. shows that he worked around 1999 for Hondaland Used Cars (gonzalezjr AR).

We went to the website of the Florida Secretary of State and reviewed the filings for Hondaland Used Cars, Inc. We found a resignation of Registered Agent by T. Harrison Duke that is copied to Wayne Peterson of Gulf Breeze and Henry Cabell Tice of Daphne, Ala. Read Hondaland. A fair assumption would be that Peterson and Tice were partners in the business.

We could find no connection between Peterson and Billings.

It is for all the vehicle inventory, parts and accessories, etc at Hispanic-American Auto Sales. 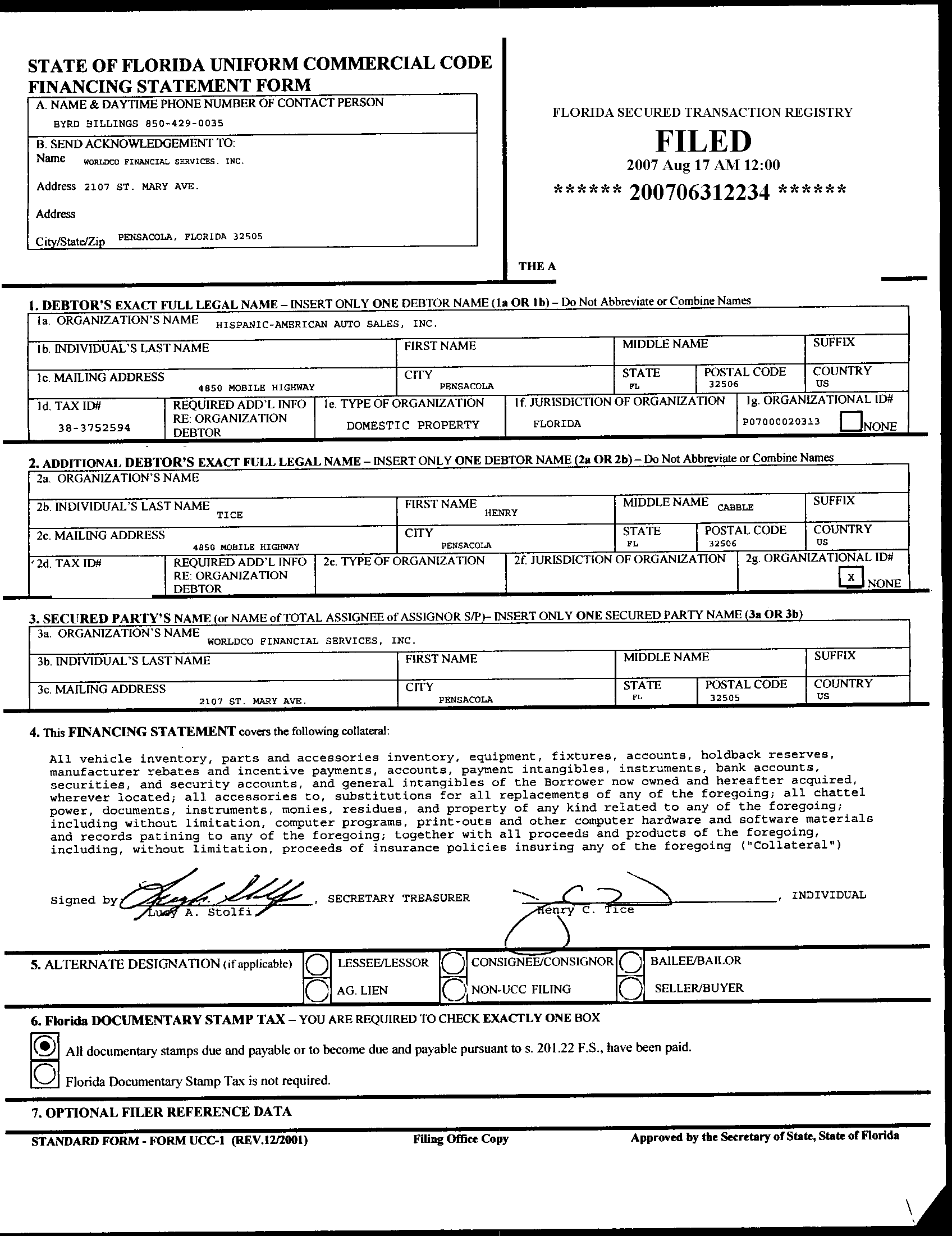 So we have Patrick Gonzalez working for a used car sales dealership that Henry “Cab” Tice partially owned.

We have a business connection between the Billings’s company, Worldco Financial and Cab Tice and his used car dealership. We checked with a couple dealers in Car City and Cab Tice is a well known used car dealer/wholesaler, although a few weren’t aware if he was still active in the Pensacola market.

It is possible that Gonzalez may have met Billings while working for Tice.

We asked Sgt. Ted Roy, the Public Information Officer of the ECSO, if Henry “Cab” Tice was a person of interest in the Billings murders. He would neither confirm or deny it.