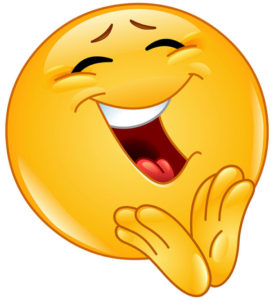 We didn’t receive an “Upwords” from the mayor’s office, but Laura Bogan did post a few positive things on the mayor’s Facebook page:

September 14 at 4:39pm ·
Had a wonderful time welcoming the Navy School Liaison Officers to Pensacola for their School Officer Training at NAS Pensacola earlier today. Command Master Chief Adrianna Lewis and the Honorable Clay Ingram joined me in welcoming the attendees from all over the world to our beautiful city for their weeklong training.

September 16 at 4:03pm ·
Yesterday, I had the pleasure of speaking to members of First Baptist Church of Pensacola about the exciting progress in our City. Every possible indicator tells us Pensacola is on the right track; unemployment is down, property values are up, downtown occupancy is up, new construction permits are up, and new business licenses are up. I believe the trememdous growth we’ve seen downtown is only the beginning and I am incredibly proud of some of the things our community has been able to accomplish together these past four and a half years. Thank you all for inviting me to speak!

September 17 at 12:32pm ·
Hey Pensacola! Did you hear?
The City of Pensacola Government is continuing their Guest Instagrammer series this weekend. Let’s help them welcome Pensacola’s Bravest as they take over the City Instagram account starting tomorrow, Friday, September 18th.

Be sure to follow along as the entire Pensacola Fire Department shares a behind the scenes peek at life as a firefighter in the Upside of Florida! You can find the City Instagram here > www.instagram.com/cityofpensacola
‪#‎upsideofflorida‬ ‪#‎pensacolasbravest‬

September 18
Yesterday, during the City Council Meeting, I had the pleasure of issuing a Proclamation to our Pensacola Blue Wahoos expressing our deep gratitude for their dedication and their accomplishments both on and off the field.

On May 8th 2015, the Blue Wahoos had their millionth fan walk through their turnstiles, and were also recently recognized by The Southern League of Professional Baseball Clubs as the Don Mincher Organization of the Year for the 2nd time. Tommy Thrall was named Radio Broadcaster of the Year, Ray Sayre was named Groundskeeper of the Year for the third straight season, and Dan Shugart of WEAR ABC 3 News, Pensacola was honored with the Sports Media Award. The Blue Wahoos finished the season playing in the 2015 Championship Series playoffs against the Biloxi Shuckers.