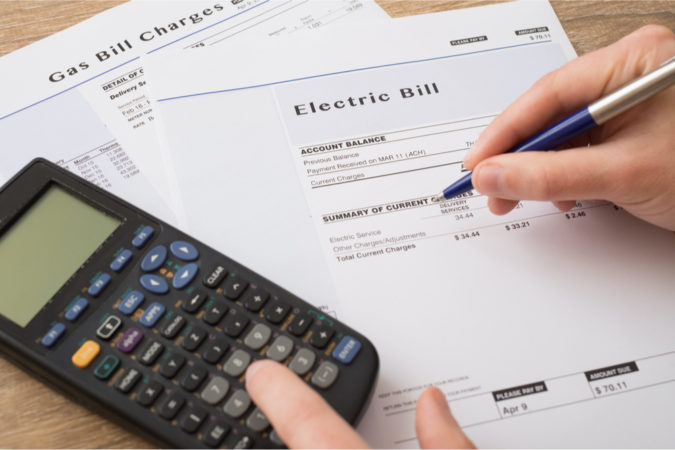 TALLAHASSEE — Hundreds of thousands of Northwest Florida residents and businesses could get a break on their electric bills in May, after Gulf Power Co. announced a plan Monday to pass along savings from lower-than-expected natural gas costs.

The Pensacola-based utility wants to make a change that would chop bills in May, as customers struggle with the novel coronavirus. Gulf made the announcement hours after a sister company, Florida Power & Light, unveiled a similar plan.

Utilities are required to pass along savings to customers when power-plant fuel costs drop, but those savings typically show up on bills over a series of months. Gulf and FPL would lump together fuel savings this year into one-time bill reductions in May.

The plans need approval from the Florida Public Service Commission, though detailed proposals had not been filed with the regulatory panel as of midday Monday.

“While traditionally these types of savings are spread out, we know that many people in our communities are struggling right now and every penny counts,” Gulf Power President Marlene Santos said in a prepared statement. “We want to do what we can to keep as much money as possible in our customers’ pockets, and we believe this is the best way to provide customers with much-needed money as we all navigate through this difficult and unsettling time together.”

Gulf customers who use 1,000 kilowatt hours of electricity a month would see their bills go from the current $140.43 a month to $84.04 in May, according to Sarah Gatewood, a company spokeswoman. Such bills would return to $140.43 a month in June.

Utilities typically use 1,000-kilowattt hour residential bills as a benchmark, but electricity consumption varies widely. Also, Gulf’s business customers would receive a one-time savings in May, though commercial rates are designed differently than residential rates.

Gulf has about 470,000 customers in eight counties in Northwest Florida. Gulf and FPL are part of NextEra Energy, Inc.

The plans announced Monday by the two utilities are rooted in a process that utilities go through to pay for fuel and recoup money from customers.

Each year, utilities project their fuel costs, with those projected expenses then passed along to customers in the subsequent year. If fuel costs are far lower — or far higher — than expected, they can be adjusted mid-year on customers’ bills. Utilities are not supposed to make profits on fuel costs.

The Gulf and FPL plans are similar to a proposal that Tampa Electric Co. filed at the Public Service Commission last week. Tampa Electric pointed to a nearly $131 million “over-recovery” from customers expected this year because of low natural-gas costs.

The proposal would pass along chunks of fuel-cost savings to Tampa Electric customers from June through August and then smaller savings through the rest of the year. That would be done by giving customers credits on their bills from June through August for over-recovered amounts. The savings during the rest of the year would reflect the remaining projected lower fuel costs.

Tampa Electric has asked the Public Service Commission to consider the proposal during a May 5 meeting and said it could help provide bigger savings this summer as customers struggle with the effects of the coronavirus.

“Tampa Electric hopes to aid customers during this unique time in our history, given the pandemic, by returning the over-recovery amount more quickly than would typically be done,” the filing said.