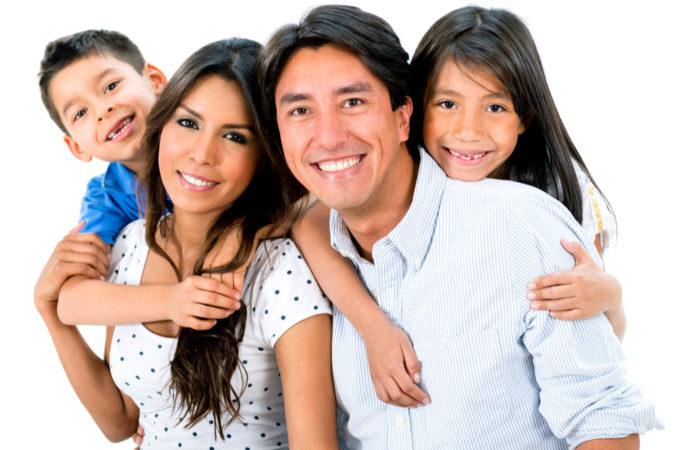 The Hispanic population in the Escambia County area is not huge. It accounts for just over 5 percent of the population. But that’s projected to change in the coming years.

“It is the most rapidly growing population segment in Escambia County,” said Amy Newburn, director of market research with the University of West Florida’s Haas Center. “The pattern is going to be striking.”

Coinciding with Hispanic Heritage Month, the Haas Center has released a collection of data relating to the local Hispanic community. As the organization has done for the African-American community, women and veterans, it assessed information concerning population numbers, as well as educational, economical and professional particulars.

Newburn—presenting the Haas Center’s data at a Sept. 12 event—used a pyramid graph to illustrate the projected growth of the Hispanic population in Escambia.

“We are going to watch what’s going to happen over the next 50 years,” she said, initiating the graph to fluctuate into the future.

As the years progress, the pyramid graph morphs from a slender, arrow-like form— indicating the number of both male and female individuals of Hispanic origin—to a much bushier, wider shape.

“I can do that again,” Newburn said, initiating the time-lapse, shape-shifting pyramid graph again. “It’s worth a watch one more time. Watch for fun.”

A woman in the audience summed up the graph’s evolution: “It looks like a Christmas tree.”

The Haas Center also broke down the local Hispanic population number by country of origin. Individuals hail from a range of locales, such as Central and South America, as well as Cuba and Mexico. By far, most of the local population—42 percent, nearly 8,000 people—hails from Mexico, with the next largest population, at 21.4 percent, being from Puerto Rico. The remaining Hispanic population is split between a number of countries, with 7 percent coming from South American countries and 8.2 percent from Central American countries.

Insofar as economics, the Haas Center found that the local Hispanic population is bringing in a combined $315,849,100, as of 2017, in household income.

“That’s what they’re spending on cars and groceries in our area,” Newburn said.

Of those in the Hispanic community attaining college degrees, the Haas Center found that a good number of them are going into the sciences and engineering-related fields, with those paths accounting for about 34 percent. The arts and humanities attracted the next highest percentage, at 28 percent, followed up by business and education paths.

The Haas Center also attempted to look at which industries and professions the local Hispanic population tended to be employed in. It found that around 40 percent of individuals employed in private households, with average earnings of just over $14,000, are Hispanic. The long-distance trucking industry, as well as agriculture-based businesses, with pay between $32,000 and $41,000, also have a healthy Hispanic population, with each seeing about 33 percent of the total workforce hailing from afar.