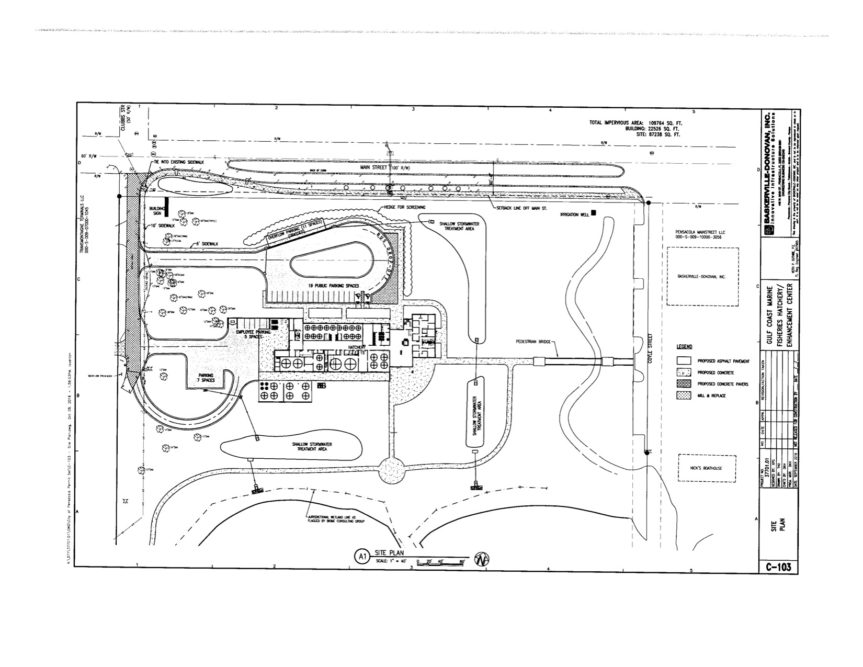 Late yesterday afternoon, Judge Joel Boles dismissed with prejudice the lawsuit by Dan Lindemann and Jerry Holzworth regarding the validity of a lease between the City of Pensacola and Florida Fish & Wildlife Conservation Commission that would allow a fish hatchery to be built on Bruce Beach. “Dismissing with prejudice” means the judgment is final, and Lindemann and Holzworth are barred from bringing an action on the same claim.

The decision is a victory for Mayor Ashton Hayward who has fought for the hatchery since 2011–his first year in office. The Florida Fish & Wildlife Conservation Commission will lease the 44.5 acres on Pensacola Bay for $50 a year and will build a hatchery that will employ 10-12 people.

The hatchery, named the “Gulf Coast Marine Fisheries Hatchery and Enhancement Center,” will have a visitor center where school children can observe the tanks. It will have four historical markers, at cost of $2,000 each, that will be part of the University of West Florida Historic Trust’s Maritime Heritage Trail. The markers will denote environmental changes on the site, such as the covering over of Washerwoman’s Creek, the history of the Tanyard Neighborhood, the site’s use as a dry dock, and
a sign will tell of the site’s use by the African-American community.

The plans show a pedestrian bridge as an option that would connect the site with the rest of the city’s waterfront. The public has been told another grant application has been submitted to build a kayak launch and other public access to Bruce Beach.

The fish hatchery, with its $18-million construction and operating budget, will be the biggest project that Mayor Hayward has brought to downtown Pensacola during his time in office.