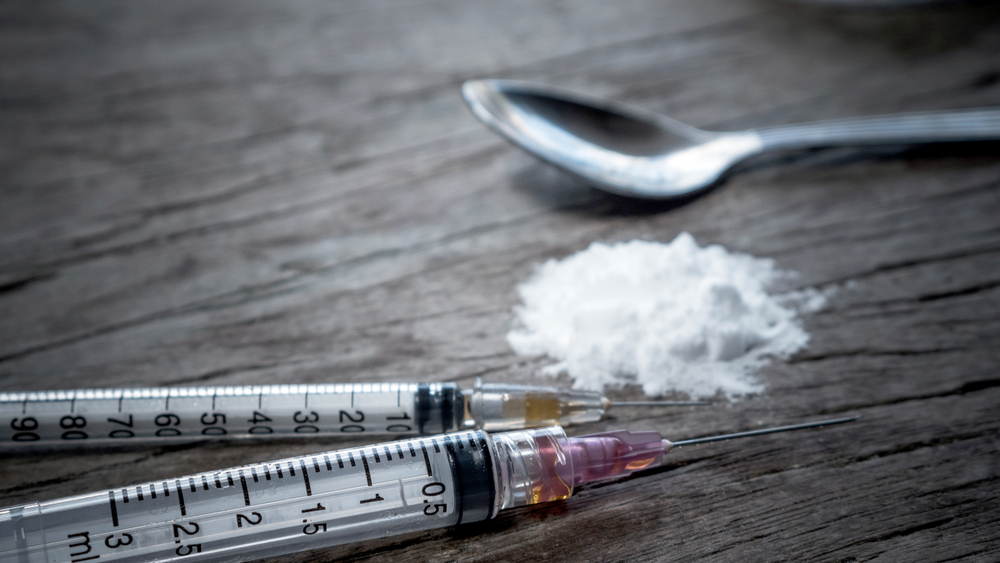 According to the Florida medical examiner’s report for 2016, heroin-related deaths in the First Judicial District increased 21 percent last year. We had 34 such deaths, the most in any single year. Ten years ago, Northwest Florida had only one heroin-related death, five years ago none.

And the problem is statewide.

THE CAPITAL, TALLAHASSEE, November 15, 2017……… A highly anticipated report from Florida’s medical examiners shows dramatic increases in all types of drug-related deaths, including a 97 percent increase in deaths caused by the synthetic opioid fentanyl.

The report, released Wednesday, found that the total number of drug-related deaths in Florida jumped 22 percent from 2015 to 2016.

The number of opioid-related deaths — 5,725 in 2016 — grew by 35 percent. Opioids were either the cause of death or were present in the decedents, according to the report.

“Clearly, those are shocking numbers and we have got to do something about it,” Senate Health Policy Chairwoman Dana Young, R-Tampa, said.

Even more troubling, medical examiners reported that deaths related to all kinds of drugs — prescription drugs, such as oxycodone, and street drugs, like heroin and cocaine — and alcohol were on the rise.

And, doctors and experts say, the numbers of drug-related deaths are even more dire than the data in the report reflects.

The report comes as lawmakers wrestle with how to cope with the nationwide opioid epidemic that has gripped Florida and prompted Gov. Rick Scott and President Donald Trump to label the issue a public health crisis.

The report said 3,550 people died with at least one prescription drug in their system that was identified as the cause of death, a 40 percent jump from 2015. The report notes that the drugs may have been mixed with other drugs and/or alcohol.

Deaths due to fentanyl, a lethal synthetic opioid analgesic often mixed with heroin, spiked by 97 percent in a year, causing 1,390 deaths in 2016, according to the report. Manatee County saw the highest incidences of deaths due to fentanyl analogs, synthetic drugs similar to fentanyl but much more potent, with more than 25 deaths per 100,000 residents.

The drugs that caused the most deaths were cocaine, benzodiazepines, fentanyl, morphine, fentanyl analogs, heroin, alcohol, oxycodone, methadone and methamphetamine. The presence of methamphetamines in decedents spiked by 103 percent, the report showed.

The report also showed the numbers of heroin-related deaths have spiked dramatically since 2011, when lawmakers cracked down on prescription “pill mills.” Over a decade, Florida saw more than a 10-fold increase in heroin-related deaths, from 96 in 2006 to 1,023 in 2016, with a dip as low as 56 in 2011, the year legislation aimed at shuttering the pill mills went into effect.

The highest numbers of deaths were in the 35 to 50 age group.

And deaths caused by cocaine — 1,769 — jumped by 83 percent. Duval, Manatee, Palm Beach and Monroe counties saw the greatest numbers of deaths due to cocaine.

“Imagine if we had a plane crashing in the state every month. We would do everything we could to stop that. That’s about the amount of people who are dying every month due to opioid addiction. We must put the same effort that we would put into a plane crashing every month and stopping that into this opioid addiction. It’s going to take an all-hands-on-deck approach to this,” Brandes, R-St. Petersburg, told The News Service of Florida on Wednesday.

Overdose deaths and opioid addiction affect “everyone in the state,” and the solution starts with criminal-justice reform, Brandes said.

“We have to define success and to me success is not more incarcerations. It’s less deaths,” Brandes said. “That needs to be the number one goal that the Legislature has. We want less opioid deaths in Florida. And we’ll do everything we can to focus on less deaths.” 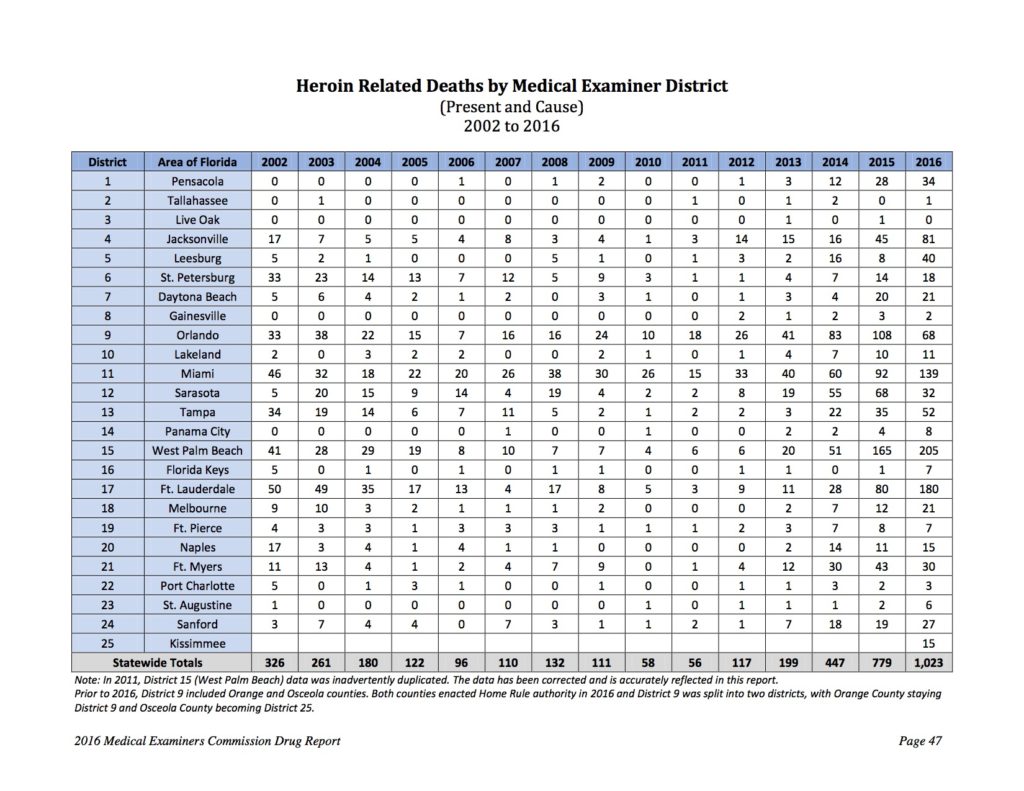 Check our reporting on the heroin crisis in Pensacola – “Heroin Crisis Hits Home.”

1 thought on “Heroin deaths up 21 percent in Northwest Florida”