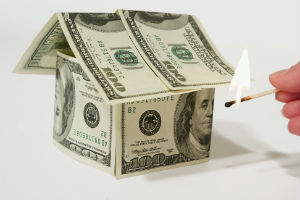 Jumpin’ July! Are we finally starting to see a little justice throughout the global financial system?

London’s Guardian thinks we are. Read this headline, rub your eyes, and then read it again: “Banks Pay Out 166BN (in pounds or dollars) Over Six Years: A history of Banking Misdeeds and Fines”. This short expose’ was penned by Julia Kollewe, Jill Treanor, and Shane Hickey and published 11-12-14. These fines were levied between 2009-13.

You all know that I have talked mostly about the derivatives debacle with a little commentary about the Libor rate scandal, the mortgage mess, and leverage in general. This article compartmentalizes which culprits paid which fines for which wrong doings. The headings? “Offences Related to the US Subprime Housing Crisis”, “Libor Rigging”, “Forex Rigging”, “Sanction Busting”, “Money Laundering”, “Electricity Market Manipulation”, “Gold Price Fixing”, “Assisting Tax Evasion”, “Other Penalties”, and “Payment Protection Insurance (UK)”. Have fun with this one!

The International Business Times may have let the cat out of the bag for its readers who really took notice.

Journalist Owen Davis, in an article published 2-17-15, created this title: “Wall Street Banks Could Suffer Under New CFTC Rules For Massive Swaps Market”. What is the CFTC, you ask? It’s the Commodities Futures Trading Commission, the organization mandated by Dodd-Frank to bring the “swaps” market into a more regulated environment.

What’s so interesting about this article is that the author actually included a total swaps number for us to ponder: 700 trillion. The lion’s share of the “swaps” market is in various interest rate instruments, but one can’t forget the much smaller piece of the pie chart, the mortgage markets and their credit default swaps, which clobbered everyone in 2007-08. Regulation, so far, has been bleak at best. The CFTC claims to want greater transparency in those markets while granting continued anonymity for its players. Oh?

Let’s take a peek at a NYT DealB%k article dated 3-11-15. Author Peter Eavis titled the work, “U.S. Banks Pass Stress Tests, Some With An Asterisk”. Noted NYT columnist Andrew Ross Sorkin (“Too Big To Fail”) was a contributor. A couple of the banks mentioned flat-out failed. A few other banks, household names to readers of this column who have followed my trails, “had to change their plans to pay out capital to pass the tests”….according to the author of the NYT column.

Sure, we’re talking about a few of the same banks who are sitting on many trillions in derivatives, had to convert from investment banks to commercial banks to survive 2007-09, and then took hundreds of billions in short term, cumulative loans to help ensure their survival before strapping their own derivatives holdings on the backs of the U.S. taxpayer.

What’s not to love? Keep in mind that the stress tests were not only designed to protect a bank from itself. They also were used to gauge the stress of the bank in the event of the failure of one of the bank’s major trading partners.

Derivatives are one of the major reasons for the creation of the stress tests. Derivatives were the reason for the FED bailouts. Derivatives have bankrupted local governments and have wreaked havoc on healthcare and school systems. No meaningful regulation, however, has worked its way into the system.

Are you wondering why interest rates haven’t risen after five years of threatening rhetoric? Several reasons might exist, but one reason we can’t rule out is the vast trillions of interest rate swaps that could be adversely affected by a series of abrupt and steep rate hikes by the FED. Since the interest rate swap market comprises about 80% of the total private derivatives swap markets, one would think those numbers are on the FED’s radar daily.

We saw a major contraction in the economy eight years ago based on the small pie wedge known as the credit default swap market. I wonder what would happen if the interest rate swap market went haywire?

You should notice that two of the three articles I featured today were written outside our borders. Sometimes we get more objective reporting from across the pond or north of the border. The annual Bilderberger meeting takes place this month in Austria. I am curious as to whether or not the participants will discuss the global derivatives situation.

Thanks for checking out my column. Fifteen months of work is listed here if you can go into Rick’s blog and then type in “House of Sticks”.