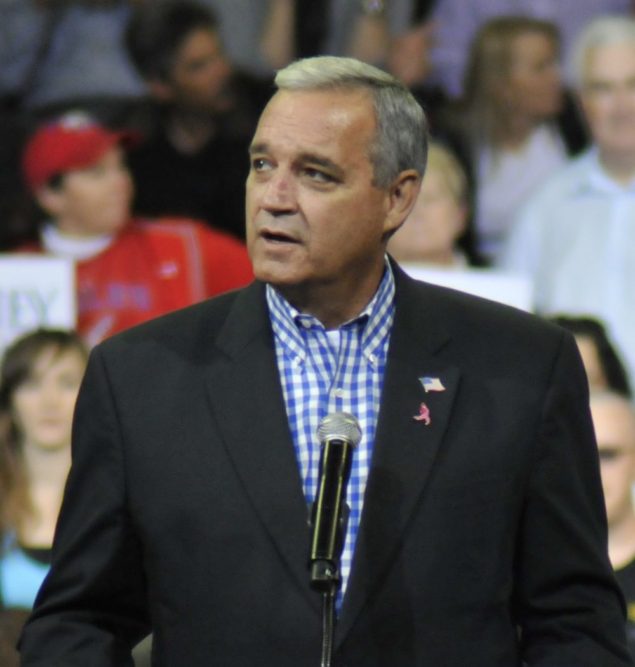 Fifteen years ago when Vicki and I were praying about running for Congress, we could have never imagined what may lie ahead. As we made our decision, we knew there would come a day when it would be time to pass the torch. That day has come, and I am announcing I will not seek reelection to Congress.

I am deeply humbled that the good people of Northwest Florida have chosen me to be their voice in the halls of Congress for nearly a decade and a half. The confidence and support the voters of the First District have placed in me are honors I have never taken for granted. I will be forever grateful for the trust, encouragement, and love my constituents have shown to Vicki and me.

As the first Republican Member of Congress to take the oath of office after the tragic attacks of September 11, 2001, the safety and security of this country have never left my mind. I sought positions on the Armed Services and Veterans’ Affairs Committees – two places where I felt I could best represent my district and make a difference for the entire Nation.

I’ve been blessed with many successes during my time in Congress. There are now two “new” VA Clinics serving the veterans of the First District, including the Joint Ambulatory Care Clinic, which was the prototype for many others around the country. After a host of powerful storms, including a 2004 Hurricane named Ivan, we worked together to rebuild our community time and again. When the Deepwater Horizon disaster affected the Gulf of Mexico and its surrounding communities, we passed the RESTORE Act, which will help our community recover for years to come. And after exposing VA’s delays in care and accountability crises, we wrote and passed the most significant reform bill in the history of the Department of Veterans Affairs.

Some of our greatest successes, however, are unknown to most. Things like cutting through red tape to help a widow, assisting a veteran with a disability benefits compensation claim or mediating a bureaucratic dispute for a constituent rarely make front-page news. But they are important responsibilities every member of Congress has a duty to fulfill. Thanks to my dedicated staff, a group that has always understood the importance of providing first-rate constituent services, we have made a positive difference in the lives of thousands of our neighbors.

There is still more to accomplish before I depart. I intend to complete my tenure as House Committee on Veterans’ Affairs chairman while maintaining the same robust oversight of VA that has defined my chairmanship. As we approach the markup and consideration of the annual Defense Authorization Bill, I will do everything in my power to ensure our Armed Services remain the finest and most equipped fighting force in the world. And in an ever dangerous world, I will continue my service on the House Permanent Select Committee on Intelligence.

When it comes time to elect a new U.S. Representative for the First District, I have every confidence that Northwest Floridians will choose someone who embodies the integrity, optimism, and values of the people of our great community. And when I return home to Chumuckla at the conclusion of my time in office, I will do so with a deep love of this Country and a strong belief that her best days are not behind her, but yet to come.