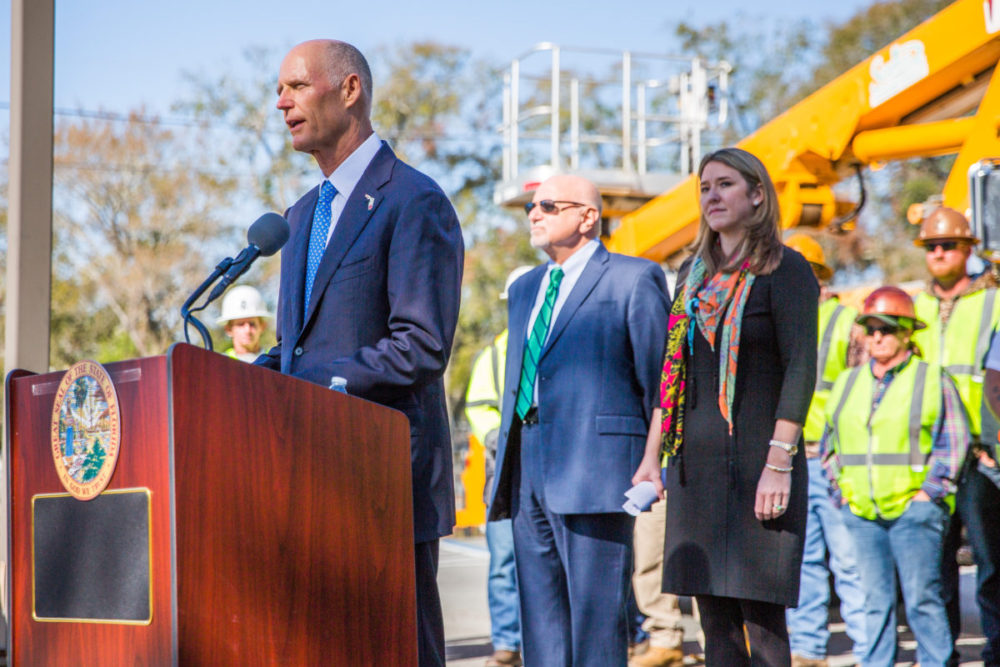 Yesterday, Gov. Rick Scott announced a $4 million Job Growth grant for the Pensacola International Airport. The grant most likely signals that Triumph Gulf Coast will look favorably on the city’s request for $130 million to add three additional hangars for VTMAE at the airport.

The request has the support of the Escambia Board of County Commissioners, FloridaWest and the Greater Pensacola Chamber.

“These projects will help meet infrastructure and workforce training needs across the state in order to promote economic development,” said Gov. Scott. “These projects are also slated to add more than 18,600 jobs for Florida families. I look forward to the completion of these projects.”

Currently, the City of Pensacola is completing the construction of the first maintenance, repair and overhaul hangar for VTMAE at the airport. The hangar is expected to begin operations later this spring and will create 400 jobs.

Pensacola Mayor Ashton Hayward thanked the governor in a written statement sent to the media yesterday.

“This new funding will allow the airport to construct city-owned infrastructure, including additional taxiways, aprons, roads and support facilities for aviation workforce development, for multiple users,” said Mayor Hayward. “Together with next month’s opening of a new maintenance, repair and overhaul hangar at the airport that will bring 400 jobs to our community, the Governor’s investment in Pensacola provides a means for the airport to multiply its economic impact by developing a new, sustainable aerospace industry sector.”

The three additional hangars could create up to 1,600 more jobs.