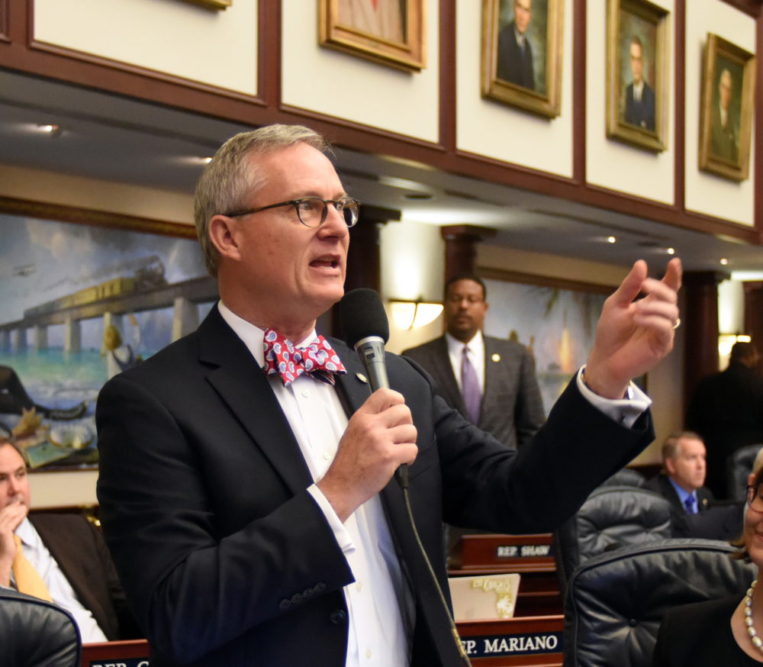 The American Civil Liberties Union (ACLU) of Florida has filed a lawsuit against Florida State Rep. Chuck Clemons (R-Newberry) for blocking a constituent from the representative’s official social media accounts.

The constituent, Morgan Attwood, of Gainesville tweeted at Rep. Clemons asking why he voted against a motion to take up debate on a bill to ban assault weapons. In response, he blocked Attwood from his official Twitter and Facebook accounts.

“I was just trying to understand why my state representative didn’t support the assault weapon ban,” Mr. Attwood said. “I was shocked when he responded by blocking me from his accounts.”

The suit, Attwood v. Clemons, filed late yesterday in the United States District Court for the Northern District of Florida, alleges that Clemons engaged in viewpoint discrimination in violation of the First Amendment by excluding his constituent from official social media accounts that are otherwise publically accessible forums.

Attwoods’s attorney, Eric Lindstrom, of Egan, Lev, Lindstrom, & Siwica, P.A. explained, “You can’t be kicked out of a public official’s town hall event or press conference for asking a tough question. As our democracy increasingly moves online, it is crucial that our First Amendment principals are equally applied to digital forums so that the internet does not become a haven for public officials to avoid free speech.”

“The ACLU is committed to preserving free speech online and protecting constituents’ rights to freely petition their government for redress without retaliation,” said co-counsel Nancy Abudu, Legal Director of ACLU Florida. “When an elected official creates a public forum, that forum should be accessible to everyone regardless of their viewpoint.”

A copy of the complaint is available here.