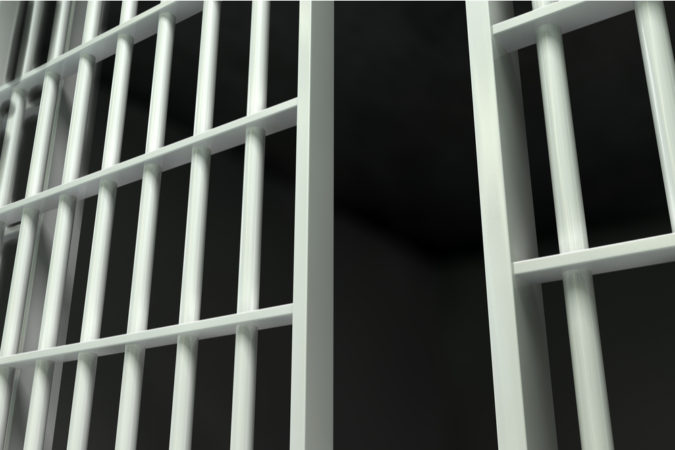 A reader emailed this letter that he said was from Patrick Gonzalez, the Gulf Breeze man convicted of the 2009 murders of Byrd and Melanie Billings. We have no way to verify if its from Gonzalez but it’s consistent with other communications from him that I have received.

Gonzalez was given the death penalty, but the jury’s decision wasn’t unanimous so the sentencing will be retried as soon as a court date can be set.

Last month, one of the teens who testified against Gonzalez recanted his testimony. To date, no attorney has filed any motion with the court regarding it. Assistant State Attorney John Molchan didn’t appeared to be concerned. 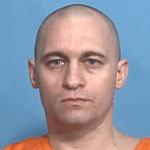 The letter from Gonzalez professes his innocence, references the recantation and points the finger at a “young man” and others who, for reason, he refused to name.

The capitalizations and punctuation are the author’s. The email was given in one big block of text that I have divided into paragraphs to make it more readable.

The only “evidence” connecting me to that horrible crime was the false testimony of two teenagers I’d never met. Now one has recanted…

SO FAR. PEOPLE WANT TO BELIEVE that if they or anyone they love were ever to be wrongfully accused of a crime the system would have safeguards to protect them from being wrongfully prosecuted.

THEY ALSO WANT TO BELIEVE if they or anyone they love were to be wrongfully prosecuted at least when they went to trial in order to be convicted of a crime (they hadn’t committed) the State would be required to prove their guilt beyond all reasonable doubt. Hopefully, they’d be considered Innocent until (and unless) having been proven guilty.

PEOPLE ALSO BELIEVE that justice should be tilted toward the Defendant to protect the wrongly accused from persecution. It’s called having the benefit of the doubt.

IN THIS CASE THAT DIDN’T HAPPEN. I was tried, convicted, and sentenced in the Media long before the trial ever began. Even before any forensics were processed the Sheriff announced on national television that they had solved the crime, and Patrick Gonzalez was the mastermind and triggerman.

THERE WERE OTHER LEADS that had nothing to do with me. Leads that were never followed up, or reported on.

FOR EXAMPLE, Moments after the police arrived at the crime scene an estranged relative of the victims pulled into the driveway. THE YOUNG MAN TOLD INVESTIGATORS there was a video surveillance system he could help them access. While he was not allowed to go anywhere near the victims (or the room where they were murdered) he was allowed to help crime techs access the surveillance system. He then left the scene.

SEVERAL HOURS LATER a woman who claimed her daughter was the young man’s ex girlfriend called the Sheriff’s Office to report that the he told her daughter the murders were a Cartel hit done by MS13. He said that he not only knew who did it, but that he paid the killers thousands of dollars to protect she and her mother.

THIS WAS JUST HOURS AFTER THE MURDERS! IMMEDIATELY the Investigators contacted the young man and asked him to come down to the Sheriff’s Office for an interview. As soon as he arrived they tested his hands. HE TESTED POSITIVE FOR GSR! The kind that is only possible from firing a gun. He became a person of interest. He was not the only one. There were several others.

A DAY OR SO LATER an ATF C.I. (and an ATF Agent) showed up for a meeting at the Escambia County Sheriff’s Department with the recently elected Sheriff. AFTER BEING MANIPULATED by the C.I., the Sheriff who never worked or led a Homicide Investigation before, took over the reins of the case and PULLED HIS PEOPLE OFF OF ALL THE OTHER LEADS.

Then he directed his entire Investigative Team to focus all their efforts and manpower on making a case against me (This is all documented). When the Sheriff directed the investigation against me he was blind to important facts. THE MURDER WEAPON that killed the Billings’ was owned by that CI. It had his DNA and that of several other people on it.

THE SAFE TAKEN FROM THE CRIME SCENE was buried on the C.I.’s property. A BLOODY GLOVE with Byrd Billings DNA/blood on the palm (and only the C.I.’s DNA on the inside) was found in the C.I.’ bedroom closet. It didn’t have my DNA on it. Just the C.I.’s and Mr. Billings’.

ADMITTEDLY, I was connected to the C.I. through an ongoing criminal enterprise involving a number of people. I helped him move many hundreds of firearms destined for Mexico. It was only after my arrest that I learned he was a C.I. and part of Operation Fast and Furious. The only ‘‘evidence’’ connecting those guns to the crime was the false testimony of Thornton and Florence.

THE REASON DAVID MORGAN DIRECTED his men to focus their investigation on me (to the exclusion of all others) was under the guidance of this mysterious C.I.

Because by the time of the trial the prosecutors discovered that the statements against me did not stand up under scrutiny. John Molchan wouldn’t be party to false testimony if he was made aware of it. The only witnesses Investigators were able to manipulate and control enough to get them to parrot back what they told them to say were the two teenagers Frederick Thornton and Rakeem Florence.

THE ONLY CONNECTION BETWEEN THE CRIME AND ME WAS THEIR FALSE TESTIMONY. The actual evidence pointed elsewhere…towards the C. I.!!!
The First Law of Forensic Science is that, EVERY TIME A PERSON ENTERS A CRIME SCENE, OR EXITS A CRIME SCENE…SOMETHING IS ALWAYS LEFT BEHIND. The Billings Crime Scene was the ideal environment for finding and preserving forensic evidence.

THE FBI ASSISTED IN PROCESSING THAT PARTICULAR CRIME SCENE. Nothing was left unprocessed even at a molecular level. Nothing was missed. At the crime scene NO blood cells, skin cells, hair follicles, saliva, sweat, DNA, or any other forensic evidence matched me. The murder weapon had several people’s DNA on it, but NONE OF IT WAS MINE. The shell casings and the bullets, as well. THE SAFE had other people’s DNA on it, but again, none of it was mine.

EITHER I WIPED AWAY ALL OF MY DNA FROM THE ENTIRE CRIME, while leaving everyone else’s behind…OR I WASN’T THERE! I OBVIOUSLY WASN’T THERE. The evidence points to that C.I. who pointed the finger at me. It just makes sense.

FOR ALL I KNOW, the two men who gave the false confessions and testimony may not have been there, either.