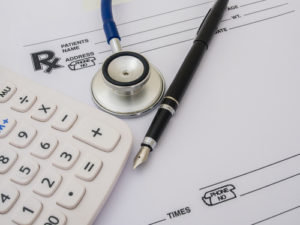 The state’s Medicaid director said today he hopes in the coming weeks to finalize an agreement with the federal government about details for the Low Income Pool, a major hospital-funding program that spurred contentious debate earlier this year.

Justin Senior, a deputy secretary of the state Agency for Health Care Administration, told a Senate panel that federal officials in June approved an “agreement in principle” for the program to continue two more years but that details still needed to be negotiated.

The June agreement included a reduction in funding for the program from more than $2 billion last year to $1 billion during the current fiscal year. That number is expected to go down to $608 million during the 2016-17 fiscal year, which will start July 1.

Senior told the Senate Health and Human Services Appropriations Subcommittee that he expects the $608 million figure to remain unchanged in the final details, known as “special terms and conditions.” That could renew debate during the 2016 legislative session about whether lawmakers should spend state money to help offset the loss.

The Low Income Pool, or LIP, sends additional money to hospitals that provide large amounts of care to poor and uninsured patients. Senior said he hopes the details will be finalized this month or in early November.

While the overall amount of money is expected to go down again next fiscal year, Senior said key issues also include agreeing on a new model for distributing money to hospitals. Also, he said medical schools face the possibility of a $200 million cut.