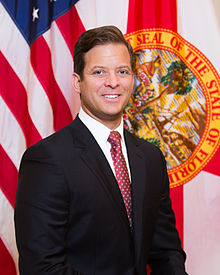 Lt. Governor Carlos Lopez-Cantera called on Representative Patrick Murphy to join him at a joint town hall with Florida voters so Murphy could explain his embrace of Barack Obama’s reckless Iran concessions.

“After research and consideration, I chose to oppose the Iran deal, and continue to do so. Patrick Murphy had a choice, and he chose to stand with Barack Obama and the Iranian terror regime and against the security of America and Israel. He chose partisan politics over our national interests and the survival of our closest ally,” said Lopez-Cantera. “The people of Florida deserve more than a press release if he wants to serve in the U.S. Senate; they deserve to see him defend his decision here at home, not from inside the Beltway. I’ve committed to monthly townhalls if elected. Murphy should at least agree to one.”

“Patrick Murphy said this deal would lead to ‘peace in our time.’ Setting aside the terrible historical precedent in that phrase, I think he owes Florida voters an explanation of why he endorsed a deal that gives the Iranians a $150 billion to fund their terror networks, allows them to purchase the most advanced weaponry, including ballistic missiles and state of the art anti-aircraft systems, and does nothing to end their threats to destroy Israel.”

We had the Lt. Governor on “Pensacola Speaks” earlier this week: