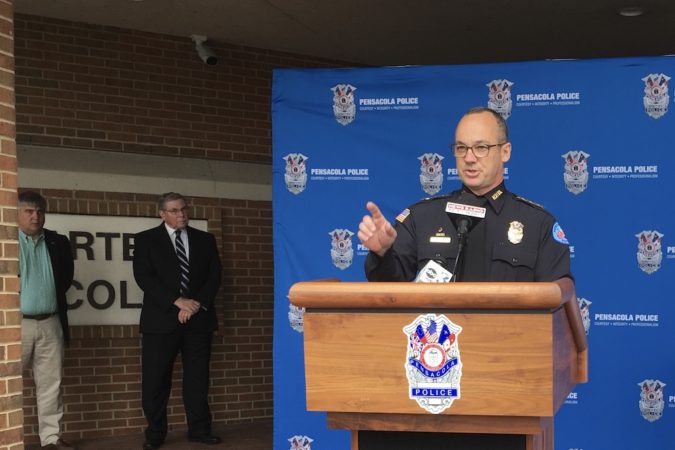 Chief Lyter began his career with Pensacola Police Department as a police officer in August 1990 and was appointed Chief of Police on May 11, 2017. Before serving as chief, he was promoted to sergeant in 2003, promoted to lieutenant in 2006, to captain in 2014, and to Assistant Chief on July 16, 2015.

“As I approach my retirement from the Pensacola Police Department, I am thankful for several things,” Chief Lyter said. “I have been able to serve for over 30 years in a community that I love, and work with some of the finest law enforcement officers in the profession. I am especially thankful for my command staff that have served, and continue to serve, with excellence during my tenure. The past year has been especially difficult for law enforcement; however, I know that the Pensacola Police Department and the City of Pensacola are in safe hands while the Mayor and his team search for the next police chief.”

Chief Lyter’s last day with the Pensacola Police Department will be Dec. 27, at which time Deputy Chief Kevin Christman will be named the interim Chief of Police.

“I’d like to express my sincere thanks to Chief Lyter for his dedicated service to the citizens of Pensacola throughout his career, and for his steadfast leadership during difficult times,” Pensacola Mayor Grover Robinson said. “I wish him all the best in his future endeavors, and I know Pensacola is in very capable hands with the strong leadership team Chief Lyter has established at PPD.”

The City of Pensacola will be engaging the services of a search firm to conduct a nationwide search for the next Chief of Police for the Pensacola Police Department.

The search process will include engaging community and department members, extensive outreach to highly qualified individuals in Florida and across the nation, a screening process and more. The search will also involve an inclusive selection process that includes several panels made up of police, community, law enforcement partners and city leaders.

The City of Pensacola will provide more information and keep the public informed as the selection process moves forward.

Lyter will become the new chief deputy for Sheriff Chip Simmons. You expect that announcement soon. ;-)

3 thoughts on “Lyter leaving to be ECSO chief deputy”