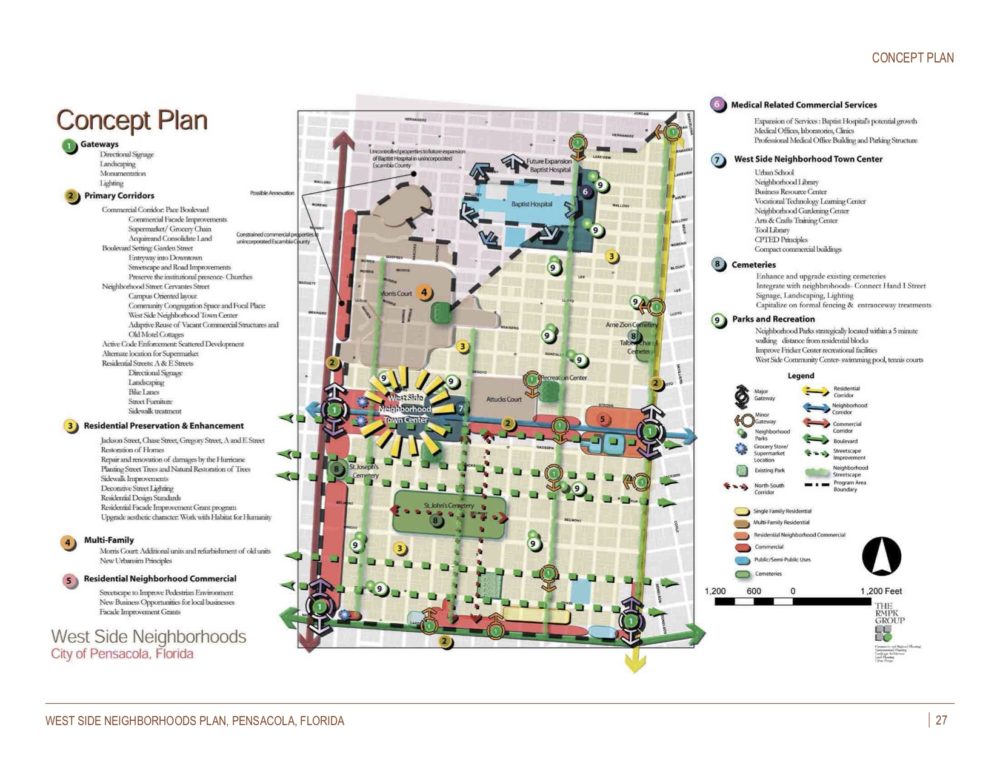 Mayor Grover Robinson doesn’t have to go too far to find ideas about what to do on Moreno Street after Baptist Hospital relocates.

There’s the West Side Neighborhood Plan (2005) that called for the creation of a town center with an elementary school and public library. The plan suggested gateway entrances to the area and the city of Pensacola.

And the Westside Community Redevelopment Plan (2007) that restated many of the same ideas.

And the West Moreno District Plan (2014) that focused a redeveloping the neighborhood around Baptist Hospital.