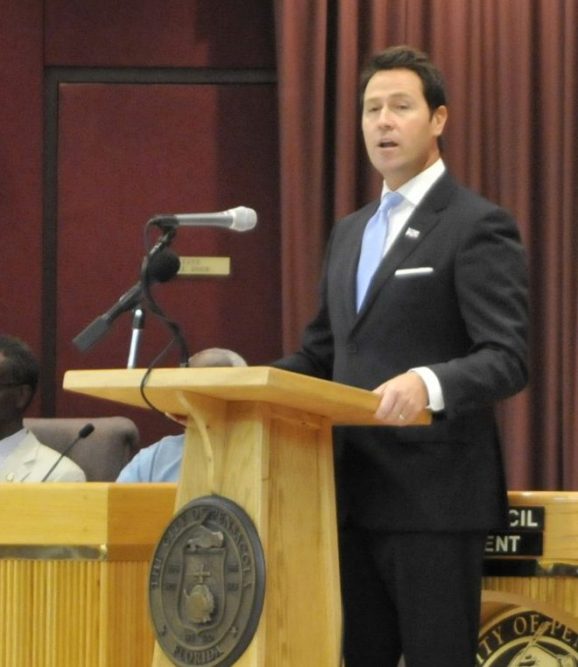 According to city officials, Pensacola Mayor Ashton Hayward plans to release his sixth budget next month.

Mayor Ashton Hayward presented his first budget (FY 2012) to the Pensacola City Council on Aug. 8, 2011 and delivered his State of the City address that explained it to a packed audience in the council chambers. As the city’s first strong mayor, his goal was to establish a precedent on how the budget was presented and explained, following examples set by U.S. presidents, Florida governors and mayors of other major Florida cities.

The FY 2014 was delivered to the City Council without fanfare on June 17, 2013. The mayor didn’t give a State of the City address until October 22, 2013. His speech had little connection to the budget that had been approved a month earlier.