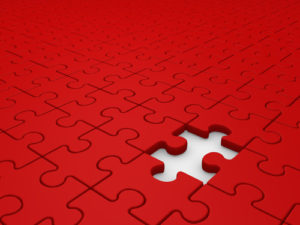 1) The cover letter is on MCM-BAP letterhead but addressed to Willy A. Bermello of Bermello Ajamil & Partners, Inc. and Eric Valderrama of MCM, Munilla Construction Management LLC–the heads of MCM-BAP. There is a space for the City of Pensacola to sign. Bermello signed his acceptance as the managing partner. The format seems odd. Read MOU_Cover_Letter

2) On April 9, Mayor Hayward issued a statement that he had negotiated a fee reduction with CBRE: “While CBRE deserves to be compensated for their great work, it’s important to me that we maximize the potential of any project. Accordingly, I have worked closely with CBRE to negotiate a $1 million reduction,capping the fee at $1.5 million.”

However, the MOU doesn’t mention Hayward’s negotiated fee structure for the broker. Instead it states CBRE will be paid under the terms of a separate agreement with MCM-BAP. What happened to the $1.5 million cap that the mayor said he negotiated with CBRE?

On May 1 – three weeks after the mayor negotiated a new fee structure for CBRE – the broker sent a memo saying that the deal was changing and the lease fees would be cut. CBRE said it would continue to work on the MOU with MCM-BAP. See memo.

The MCM-BAP MOU, dated June 8, shows that CBRE negotiated what it told COO Tamara Fountain it would do. The MOU presented by MCM-BAP isn’t much different from what the broker told Fountain on May 1. Read MOU.

If this is the deal CBRE negotiated, how could CBRE now tell the city it’s a bad deal?

If the mayor’s office did its due diligence, had an open dialogue with MCM-BAP and was aware of the changes that CBRE was negotiating as per the May 1 memo, how can the mayor now be disappointed?

This is a bad deal, but I don’t understand how CBRE, Mayor Hayward and COO Fountain can be surprised with the MOU– based on the facts presented to the public.

We are missing a few pieces to this puzzle.