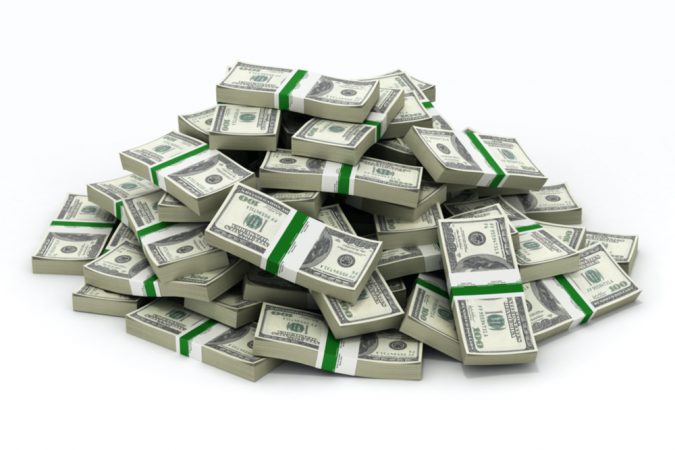 By Jim Saunders, The News Service of Florida. All rights reserved.

TALLAHASSEE — Republican Gov. Ron DeSantis continued to amass a pile of political cash in April, bringing in more than $10 million as he seeks a second term in the state Capitol.

Perhaps more telling, DeSantis’ political committee and campaign were sitting on a combined total of about $105 million as of April 30, according to finance reports filed Tuesday at the Florida Division of Elections.

Congressman Charlie Crist, the leading fundraiser among Democratic gubernatorial candidates, totaled slightly less than $6 million in cash on hand through his political committee and campaign account.

DeSantis raised nearly $8.16 million in April through his political committee, Friends of Ron DeSantis, and about $2.3 million through his campaign account, the reports show. Meanwhile, the committee and campaign spent about $1.17 million.

The campaign account received 25,901 contributions in April, ranging from $1 to the legal maximum of $3,000. Meanwhile, the committee, which is not bound by the contribution limits, received 19 contributions of $100,000 or more that combined to total $3.06 million.

Among the big contributions were $750,000 from the Republican Governors Association, $100,000 from a Florida Medical Association PAC and $100,000 from JM Family Enterprises, a Deerfield Beach-based company in the automotive industry.

The DeSantis committee ended April with about $99.1 million in cash on hand, while the campaign had $6.46 million, the reports indicate.

It has long been clear that DeSantis, who is widely mentioned as a potential 2024 presidential candidate, would dwarf Democratic challengers in raising money.

But the newly filed April reports show an exponential widening of the gap. Also, the Democratic candidate will have to spend money to win an August primary, while DeSantis can use his money for the general election.

Meanwhile, Agriculture Commissioner Nikki Fried, who is battling Crist in the primary, raised $140,330 for her campaign account, which had $1.26 million on hand as of April 30. Fried’s political committee, Florida Consumers First, raised $293,708 and had about $2.59 million on hand.

Miami Sen. Annette Taddeo, the third prominent Democrat in the gubernatorial race, continued to trail in raising money. Her campaign and the political committee Fight Back Florida combined to bring in about $108,000 during the month. Combined, they had about $706,000 in cash on hand as of April 30, the reports show.

Note: Gov. DeSantis held a private fundraiser in Pensacola on Tuesday morning. Those numbers will show up in the next campaign finance report.