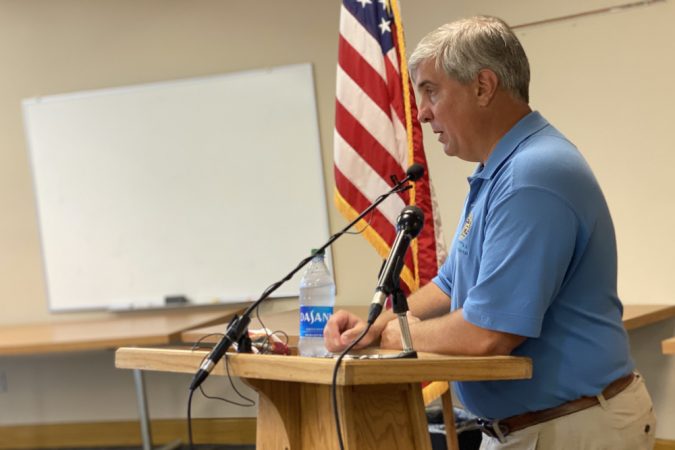 Hours before Gov. Ron DeSantis declared that the state of Florida was “no longer in a state of emergency” when it comes to the COVID pandemic, Mayor Robinson also proclaimed that a corner of sorts has been rounded on this front.

Citing COVID vaccines as the ushers of a new phase of the coronavirus era, Mayor Robinson suggested that safety measures such as masks be reassessed.

“We altered our lives to deal with the pandemic,” Robinson said. “And much of that was also giving ourselves time to come up with something that was a solution, and I think we have that now.”

Pointing to the availability of a COVID vaccine to anyone over the age of 18, the mayor said that the state was approaching a point at which some safety measures may no longer make sense.

“Certainly, everybody that wants a vaccination now can get one. Now, you could have had an opportunity to have already had your second dose,” Robinson said. “So, at this point, I do think there are things that we probably do need to be reevaluating as we go forward, and I would expect to see some changes as we go forward in COVID policies.”

The mayor went so far as to suggest that requiring or suggesting that people wear masks could be a deterrent to some individuals getting a vaccine: “We had [vaccine site] directors coming to us and saying, ‘listen, I’d get more people to sign up for the shot if you could tell them they wouldn’t have to wear the mask.’”

“I think now we need to be asking ourselves are we doing something that prevents people from going to get the vaccine,” Mayor Robinson said.

An Inside Track to Outer Space?

“I’d love to see that pay off for us,” Robinson said.

The mayor noted how Blue Origin and Space X already have a footprint in the area and the city’s proximity to the newly named Space Command in Huntsville, Ala. make Pensacola an ideal spot to base some aspects of NASA’s operations.

“I think Pensacola has positioned itself to deal with what comes forward,” the mayor said. “I think what we do here with the Navy is a good fit all the way around. So, we think we have a real good place to play.”

As for Nelson, who the mayor described as a “very good, personal friend of my family’s” — “my father and the senator were fraternity brothers at Florida” — he recounted a fruitful relationship throughout the aftermath of the 2010 oil spill in the Gulf of Mexico and subsequent financial penalty process. He expects the former senator to continue to consider Northwest Florida in his new role with NASA.

“He’s always been a friend of Northwest Florida, so that’s very exciting,” Robinson said. “I’m happy personally for him, and I think it will bode well for all of Florida and that certainly includes Northwes