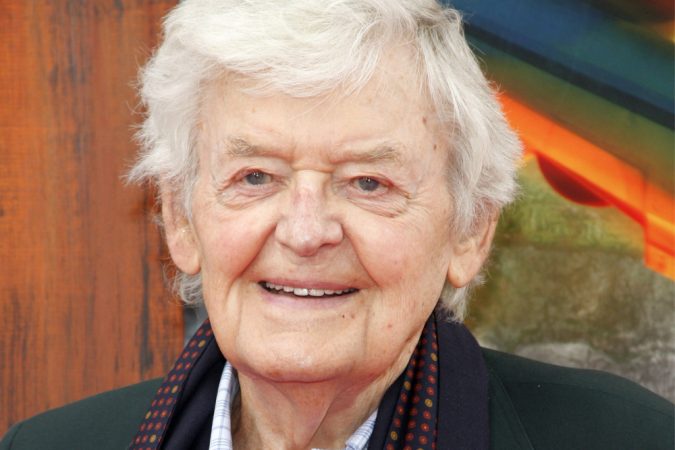 Actor Hal Holbrook died last month. He was probably most famous for his one-man stage show he developed, “Mark Twain Tonight!,” for which he won the Tony Award for Best Actor in a Play in 1966.

I interviewed him in October 2011 before a performance at the Saenger Theater. Holbrook told that the Mark Twain had saved his career. We talked about the civil rights movement because civil rights activist Rev. Fred Shuttlesworth had died the day we did the phone interview. We also talked about how it was to perform at Ole Miss soon after riots when James Meredith registered to attend classes.

Here is the article:

Telling the Truth About Us

Playing Mark Twain began as means of putting food on the table and led to Hal Holbrook being part of the Civil Rights Movement. Holbrook has done his one-man show on Twain since 1954, winning Tony and Emmy awards for his performance. At age 89, he believes the author has a message that’s still relevant.

Holbrook morphed into one of this country’s most popular authors and humorists out of necessity. “I was desperate because my first wife and I had toured a two-person show for several years doing scenes from Shakespeare and other sketches including an interview with Mark Twain,” Holbrook told the IN. “Then we had a baby and moved to New York. My wife couldn’t tour anymore and I had to make a living.”

The out-of-work actor asked the son of Mark Twain’s lecture manager if he thought his show as the author could be booked with someone else doing the interviewing.

“He just looked at me and said, ‘Why don’t you do a solo? I think you can get booked,’” said Holbrook. “That’s all he said to me. I walked out of there, walked around the streets for a long time. I figured, well, it’s my only outlet, my only salvation.”

He hit secondhand bookstores reading all he could on Mark Twain. “I had no idea who Mark Twain was. I had been playing him in this little sketch, but I was playing an old man. I didn’t know who the hell he was. I started reading and got very interested in him.”

This was in the mid-’50s. The Civil Rights movement was brewing and building up in the South. The more the actor studied Twain, the more he realized that author had a message for the movement.

“The more I read “Tom Sawyer” and “Huckleberry Finn,”’ I understood what he was getting at,” he said. “The more I read his biographical work, his essays, his speeches, etcetera, where he was talking about human beings, the more I realized this man had a tremendous voice that was speaking out for common folks and talked to the truth. I did the show and people responded.”

Holbrook was in Birmingham, Ala., preparing for his show the next night. The day of his IN interview, Civil Rights activist Rev. Fred Shuttlesworth, age 89, had died in a local hospital. Holbrook talked about Shuttlesworth.

“I remember that he was the fierce one. Martin Luther King was the intellectual guy who figured out the way to get the Civil Rights Movement on its feet was to show non-violent interactions on television and it would make people ashamed of themselves. That’s what Mark Twain was doing with ‘Huckleberry Finn.’”

Holbrook described Shuttleworth as much more confrontational. “But Shuttlesworth (chuckling), he was not college-educated. He was from the folks out on the dusty roads. He was a fighter and went out there and faced up to “Bull” Conner (Birmingham Commissioner of Public Safety) with fire hoses. He was a fighter.”

Holbrook had a front-row seat to the turbulent years during which the South dealt with racism and segregation. “People up North who never visit here, except maybe to drive through it on the way to Florida,” he said, “don’t understand what was going on then and they don’t understand what happened.”

He traveled the South in the late 1950s and early ‘60s performing his one-man show as Mark Twain.

“I did some pretty tough material that could get you in big trouble if you weren’t disguised as Mark Twain,” said Holbrook. “It was some heavy stuff, man, like Sherburn’s speech to the lynch mob (“Huckleberry Finn”) – which is really his speech to the Ku Klux Klan.”

Holbrook became aware of the silences when he performed that part of his act. “Nobody said anything, they didn’t react, but those silences were very deep. They told me that there were people thinking very seriously about this problem and what could be done about it.”

On Oct. 1, 1962, James Meredith became the first black student at the University of Mississippi. His enrollment sparked riots on the Oxford campus. President John F. Kennedy sent in troops and before the violence settled, two people were dead, 188 soldiers and U.S. Marshals were injured.

Holbrook was scheduled to play at Fulton Chapel on the Ole Miss campus soon after the riots. Although he was hesitant to visit the campus, the university hadn’t cancelled the show so he went and found out that he was to be its “guinea pig.”

“Nobody could gather together on the campus,” said Holbrook. “I had been the one to see if the student body could assemble together for the first time.”

School officials weren’t sure their experiment would succeed. Federal agents were behind stage and in the audience. Holbrook was given an escape route, if trouble broke out, from Fulton Chapel to a nearby girls’ dorm.

“Before I went on, one of the good old boys on the crew said to me ‘Hey, Hal, watch out for the guys with squirrel rifles in the trees,’” said Holbrook. “The chapel had huge windows and it was quite dark. I was so scared my knees were shaking.”

“I went out and unloaded my full firepower on that audience. At one point they applauded. There are only three times in all these years that I’ve done that number did the audience applaud – Hamburg, Germany (1961), Oxford, Miss. (1962) and Prague, Czechoslovakia (1989).”

By the second act, Holbrook knew he had the audience. “I went out and unloaded my full firepower on that audience. At one point they applauded. There are only three times in all these years that I’ve done that number did the audience applaud – Hamburg, Germany (1961), Oxford, Miss. (1962) and Prague, Czechoslovakia (1989).”

Since then, Holbrook has returned to Oxford and remarked on the positive changes.

“It gives you faith in mankind,” he said. “This country goes through hell sometimes, and we’re in the middle of one right now. We got the people on one side of the ideological fence hating the other side. We’ve got the television press and opinion-makers stirring it up, trying to make a buck by getting people mad at each other.”

Holbrook believes our country needs to hear from Mark Twain in these hard times.

“This man understands us. He told the truth about us. And he makes us look at ourselves, take another look and realize we’re moving off track and we have to pull ourselves back on the road.” {in}

1 thought on “My interview with Hal Holbrook”