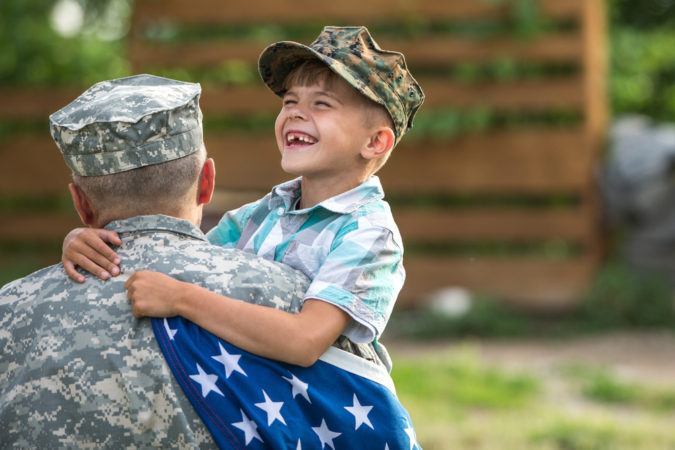 Commanding Officer of Naval Air Station Pensacola Capt. Tim Kinsella has expressed concerns about the quality of local education and the impact that has on military families serving in the area. On Friday, the CO said he was “an advocate for the service members and their families,” and reiterated that his public remarks we’re simply relaying concerns he hears from them.

“I am just voicing the concerns that I have heard from the families assigned to NAS Pensacola,” –Capt. Kinsella

“I am just voicing the concerns that I have heard from the families assigned to NAS Pensacola,” Capt. Kinsella wrote in an email, replying to a request from Inweekly for further comment on this subject.

Earlier this month, the CO remarked at a chamber of commerce luncheon that the Navy faced challenges in recruiting people to serve on NAS due to the educational landscape. Since that time, he’s taken a bit of heat from some local school officials — Superintendent Malcolm Thomas described the comments as “very disparaging and disappointing” — while also taking a meeting earlier this week with Patty Hightower, chair of the Escambia County School Board, to discuss possible ways to improve the situation.

“I am not an expert in education, but I wish to work with our local leaders, including the Escambia County School District, to continue to improve the education for our community, which includes military families,” Kinsella elaborated his position in the email. “I commend the school district for the improvements they have made, but my hope is that additional improvements will be made as we go forward.”

“I commend the school district for the improvements they have made, but my hope is that additional improvements will be made as we go forward,” -Capt. Kinsella

During his Oct. 10 remarks, Capt. Kinsella mentioned that a charter school to serve NAS families might be helpful. Two of the district’s schools located near the base are listed as D schools; students do have the option of school choice, which allows attendance outside the predesignated zone.

Kinsella said Friday that he’s open to any potential path forward that improves the prospects in the Warrington area.

“A charter school is just one option that I have suggested, but I am open to supporting any idea that will improve the education around NAS Pensacola,” he wrote.

Hightower has said she would entertain the concept of a new charter, but others on the school board have questioned the need. Superintendent Thomas has stated that there are not enough NAS students to warrant or support a new charter.

At this point, Capt. Kinsella, officials with the Escambia County School District and also area business leaders via the Greater Pensacola Chamber have indicated that they want to take active steps to improve the education front in the area. However, no concrete steps have been established, other than a general focus on the upcoming process of selecting a new superintendent.

Escmbia County School District is listed by the Florida Department of Education as a B district, though it does have a fair number of C schools. Further, Escambia has historically lagged behind when it comes to education and two of the district’s four D schools are located near NAS. These things don’t translate well when potential Navy transplants check out the district on a website like greatschools.org.

Some have blamed the school district’s struggles on pockets of poverty in the area — Superintendent Thomas, for example, cited a low income housing development outside the gates of NAS — as well as societal issues, such as a student’s formative years ill preparing them for their foray into kindergarten.

One thing that may happen in the immediate is an effort to improve the conveyance of information between the school district and the Navy. Following her meeting with Capt. Kinsella this week, Hightower said she planned to bring forward a proposal to the school board in November that the district create a dedicated channel through which to better educate military families about the education options available to them.