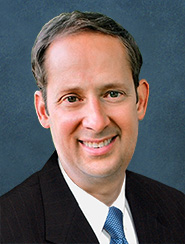 “I am grateful to the majority of the Florida Senate Republican Caucus, who have declared their support for me to serve as the Senate President for the 2016-2018 legislative term.

“I am also gratified that the overwhelming majority of announced candidates in the 2016 open Senate seats have already formally pledged their support to me and our team.

“It is clear that the Caucus is ready to formally designate its next Senate President.

“President Gardiner has indicated to me and other Senators that a Designation will be held during the first committee week of December 2015.

“My fellow Senators and I have a deep and abiding respect for the process and our Caucus, and it is with that respect that we look forward to the Designation ceremony in December and moving forward as one Senate.

“I remain committed to assisting President Gardiner in making sure his legislative agenda is accomplished in the 2016 Session.”