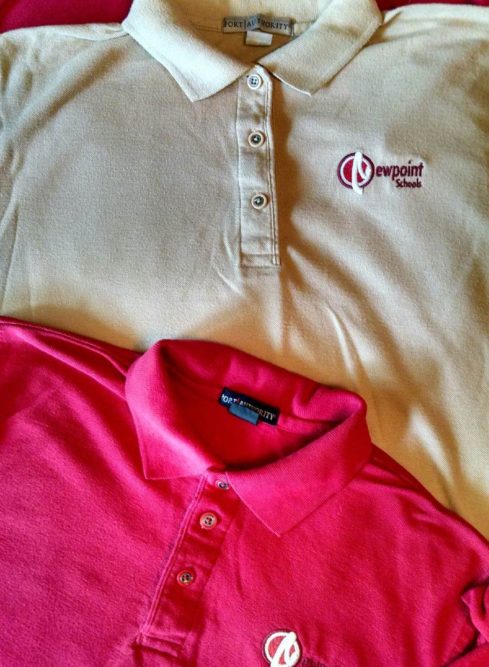 The students of the three Newpoint Education Partners’ charter schools that were shut down last year have begun calling themselves “Newpoint Survivors.”

The photo attached to this article is of the Newpoint uniform shirts worn by their actual students. The tan shirt is one a parent could only order on line the first year the school was open at its initial location at 17th Avenue and Moreno Street.

The parent who sent me the photo included this note:

Newpoint students refer to themselves as ‘Newpoint Survivors.’ This phrase was created by a mom whose daughter attended Newpoint until it was closed down.

Her daughter now attends Collegiate High School on the Pensacola State College campus. There was a small group of former Newpoint parents who found themselves sitting together at Collegiate High School’s parent orientation this past August. One mother leaned over to the other parents and said, “Here we are with all the Newpoint Survivors.”

Everyone laughed, and the ‘Newpoint Survivor’ name stuck. The name has circled the former Newpoint students through texts and that is what many now call themselves.

They are survivors. Survivors who want the truth. Thank you for being at the forefront to help us do just that. Our tax dollars illegibly were not spent on our children’s education. That’s just wrong! As survivors of that whole mess…and all the children and the teachers went through, we want answers! Thank you, Rick Outzen!