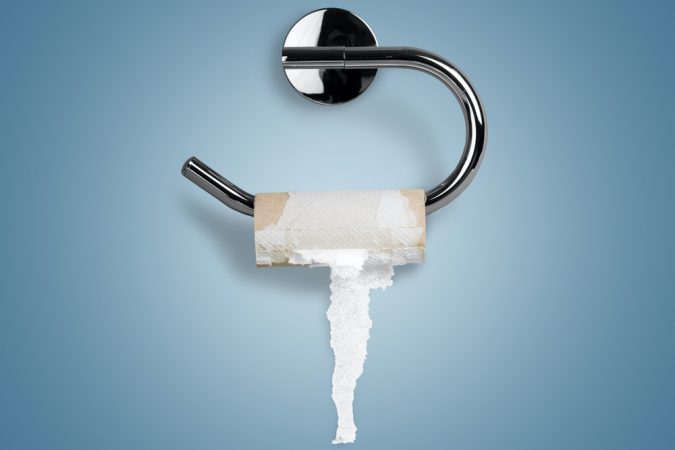 Pensacola Goes Quiet on Temporary Toilets Due to Lawsuit
by Jeremy Morrison, Inweekly

City of Pensacola officials have decided to suspend any discussions regarding the temporary toilets slated for Veterans Memorial Park due to a lawsuit filed Monday aimed at nixing the planned trailer-mounted facility. Pensacola City Council was due to reconsider its decision to locate the toilets at the park this week but decided to table the discussion on advice from its legal counsel.

“My advice would be that we pull the item, not have a discussion from the dais on it,” City Attorney Susan Woolf told council during its agenda conference Monday, hours after the suit was filed. “If there’s anything that a council member wants to discuss with me individually, I’d be more than happy to.”

On March 25, the city council moved to locate the temporary toilet facility at the park and allocated $50,000 to prepare the site. The temporary toilets themselves are being supplied by the Veterans Memorial Park Foundation, the group the city contracts with to manage the park, which purchased the trailer unit using a $100,000 grant from IMPACT 100.

On Monday, a lawsuit was filed by a group of nearby property owners and the recently-formed Citizens for Preservation of Admiral Mason Park, Inc., which includes former city councilman Brian Spencer. The suit seeks an injunction on the project, both temporary and permanent, and also the return of the $50,000 to the city’s coffers.

Before making a decision to table any discussion on this project — which itself has been suspended pending the outcome of the lawsuit — some council members want to know who exactly is being sued.

That is, apparently, a misread of the lawsuit, according to Wolfe.

Councilwoman Myers was not convinced and pushed to continue with the slated discussion regarding the temporary toilet decision.

“So, the mayor is the named defendant, not the city of Pensacola, so I don’t see why this item needs to be pulled,” she said.

Mayor Robinson then restated what the attorney had just said and alluded to political motivations embedded in the suit.

“Again, it is the city of Pensacola. It’s a technicality issue. It’s questionable if it’s a political issue, which it appears that maybe it is,” the mayor said, advising that the city “pull back and come back with something once we’ve moved through the lawsuit.”

While Myers attempted to carry the discussion further, Council President Jared Moore steered in another direction. Councilwoman Teniade Broughton made a motion to table the issue pending litigation.

“Did you want to make any comment?” Moore asked before calling for a vote.

Council voted 6-1 to ditch any discussion about the temporary toilets at the Veterans park right now, with Myers casting the lone dissenting vote. The councilwoman also wanted to know when a shade meeting — which allows the council to discuss issues privately, out of the light of the state’s Sunshine law — might be scheduled.

“I have not even begun to think about whether a shade meeting is appropriate at this point and whether I want to call one at this point in time,” Woolf told her.

1 thought on “No Potty Talk”